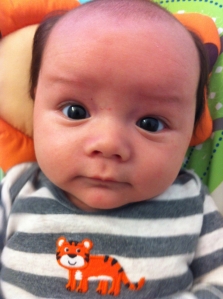 I know.  Two months old.  So much growth, changes + developments in such a short period!

Make time stop!!!  How is this baby growing up so fast???!!!!  The personality is showing itself more, neck + head control is stronger, increased mobility, squawks, laughter + smiles!!!

Langdon’s crazy hairline is going on strong.  Other moms have told me that his hair won’t grow out evenly until he’s possibly a year to a year + a half!!!!  Poor thing.  The cowlicks + flyaways kill me, they’re so adorable!!! 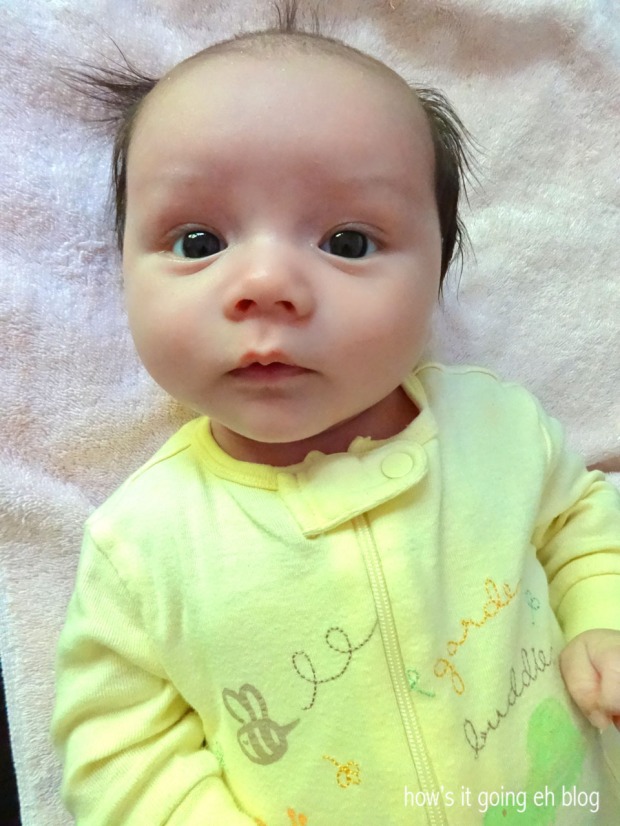 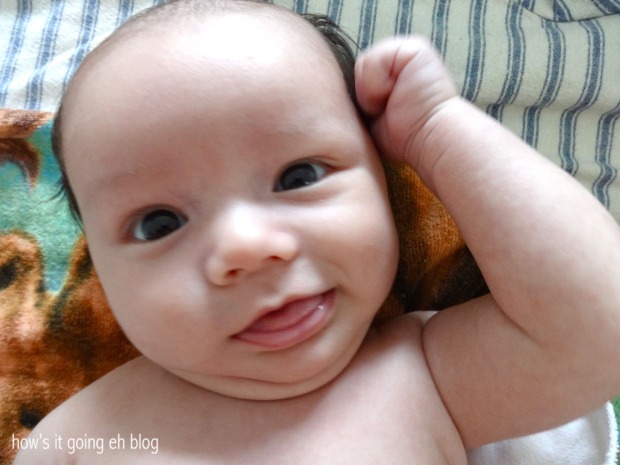 But the classic is his waking up face when he’s stretching.  He’s made this face since he was wee teeny thing.  I love it so much – it cracks me up every single time.  It’s so smushy + weird!!!!!

And he’s been doing this thing with his arm + fist now. 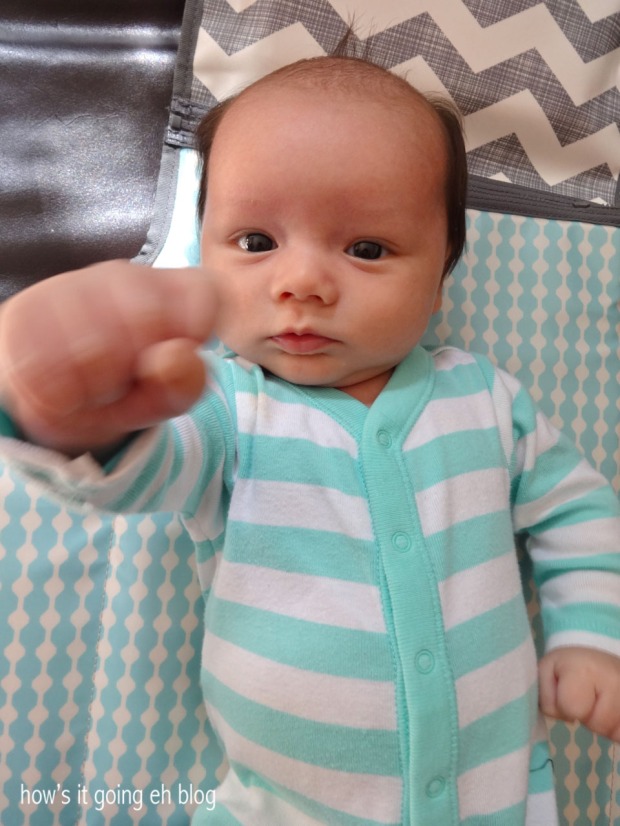 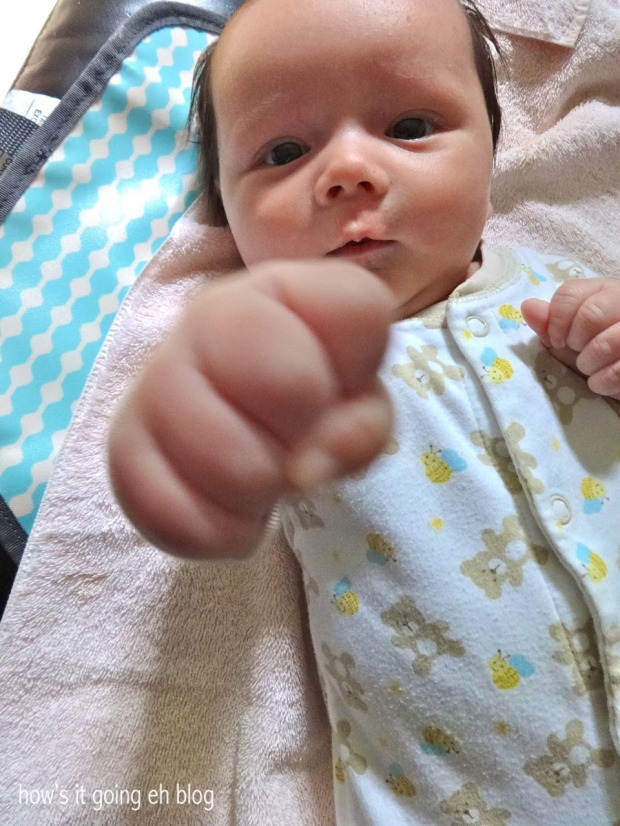 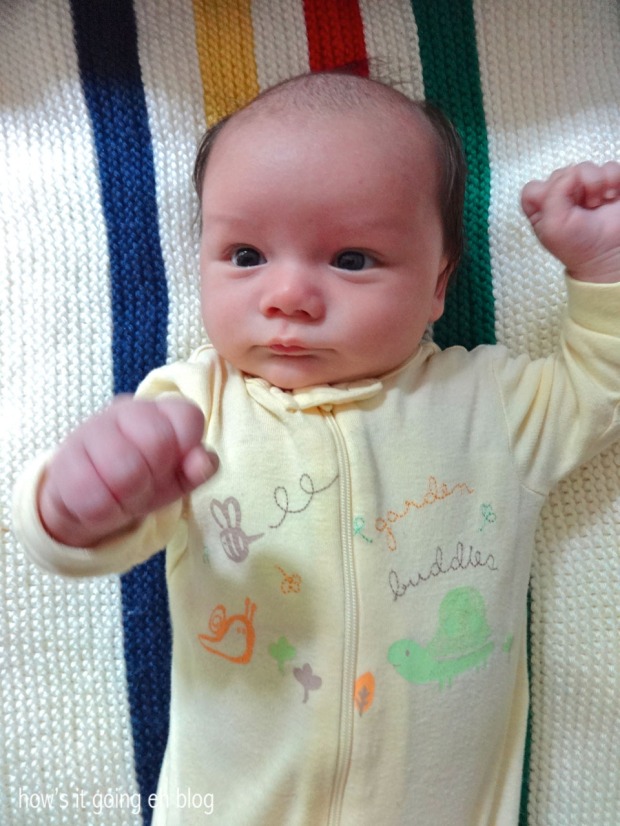 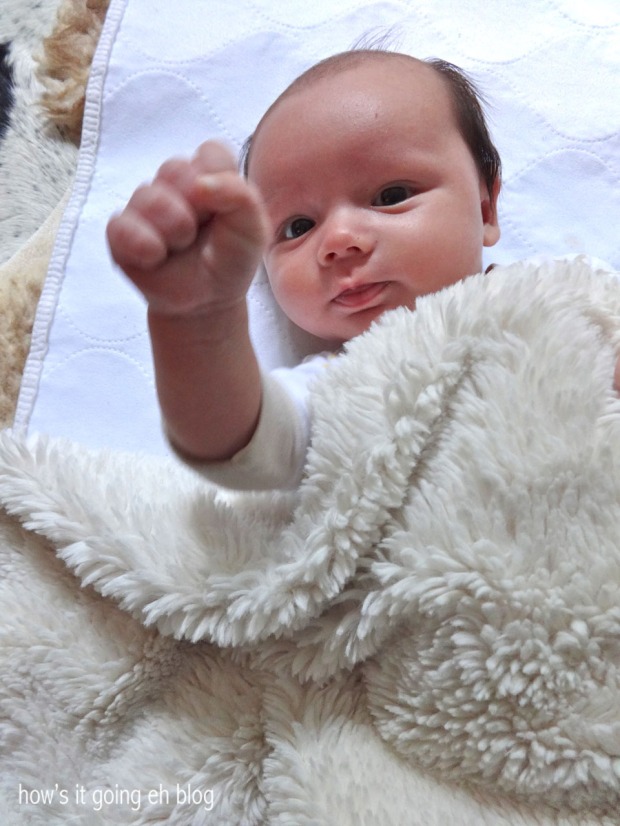 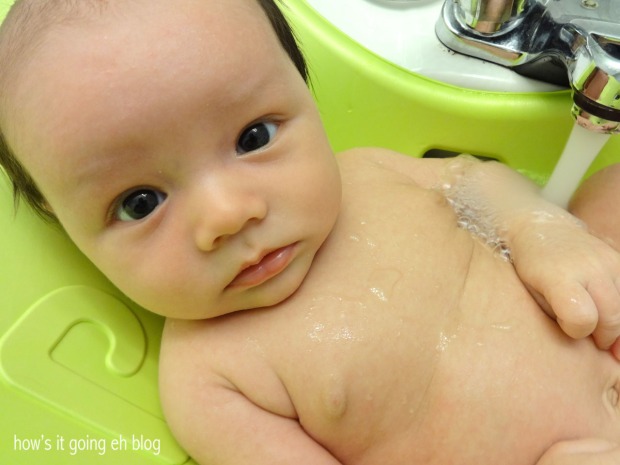 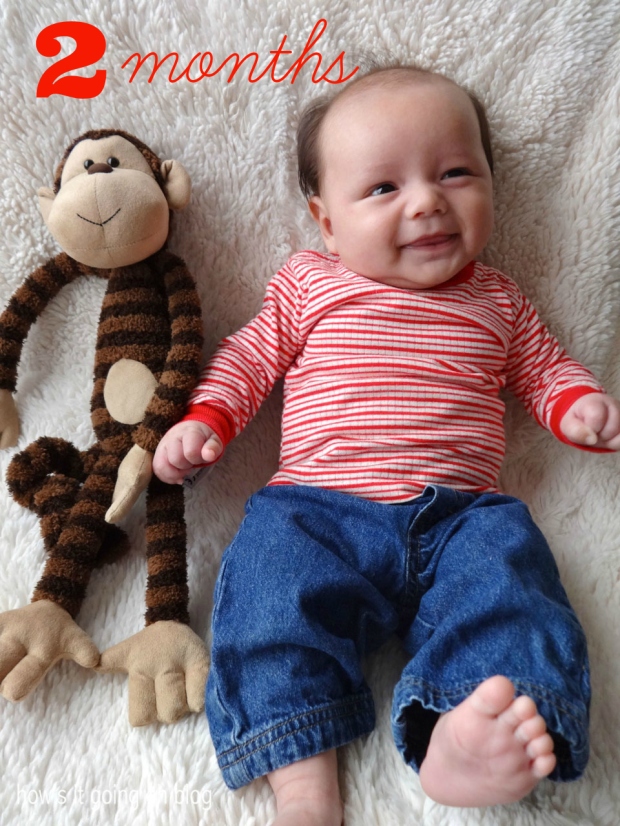 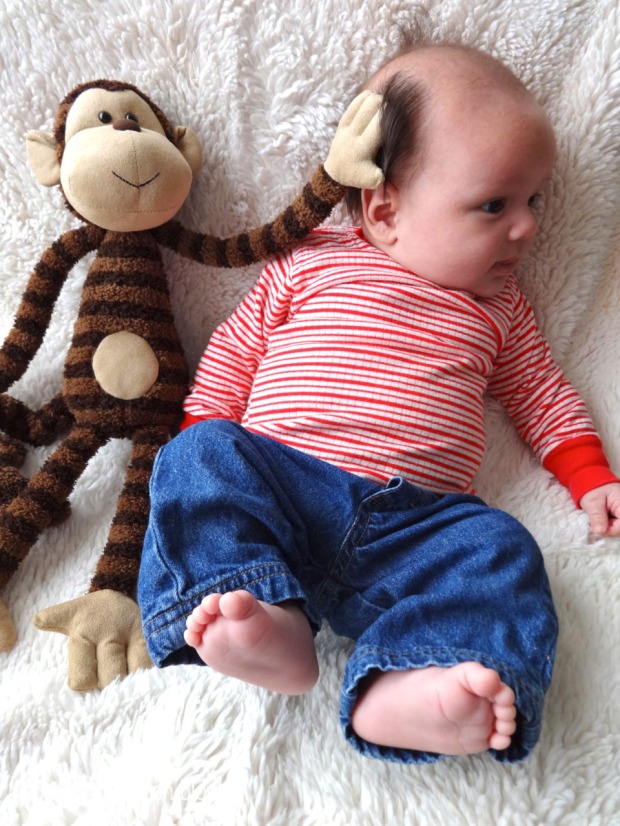 I’ve been going on lots of outings with Langdon + I’m always ill prepared in terms of keeping him comfortable against the elements.  I’m getting my act together + now I’m obsessed with putting him in hats.  There’s so much to learn being a new mom! 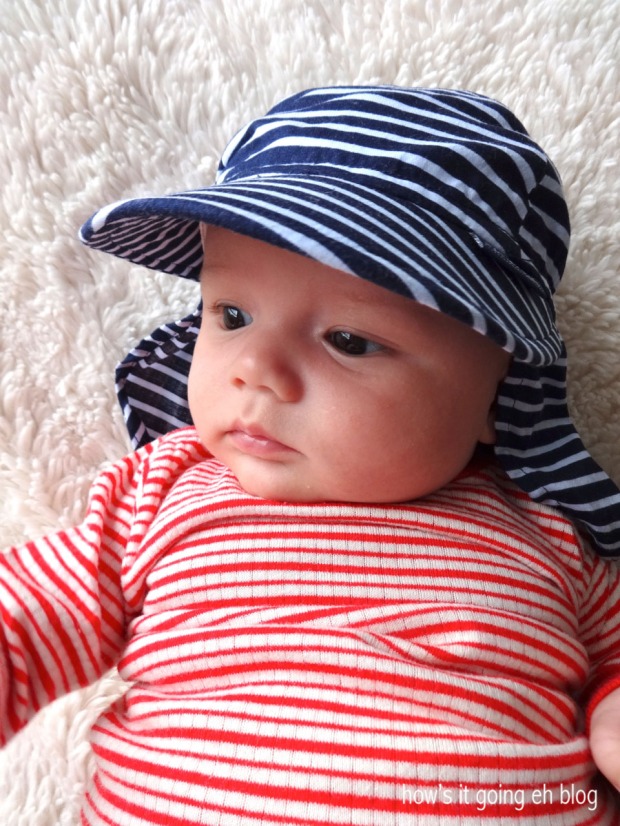 I really have to start dressing him up more.  What have I been doing this whole time?!  Oh wait, I’ve been trying to figure out how this whole baby thing works, that’s what.  Well, now that he’s getting older + more predictable + manageable, I think I can start having more fun with him!!!! 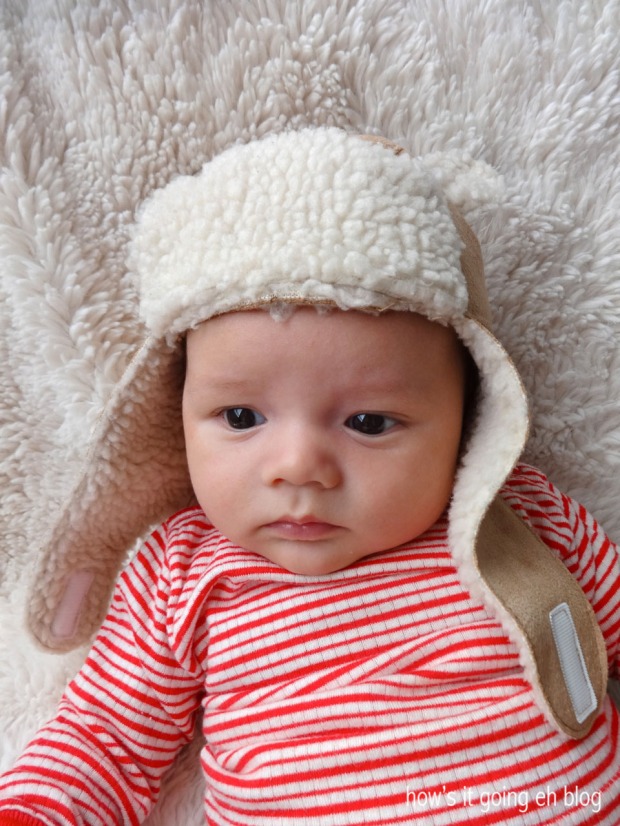 Megumi has also become used to Langdon’s cries + squeals.  Where as before he used to make her skitter around + freak out. 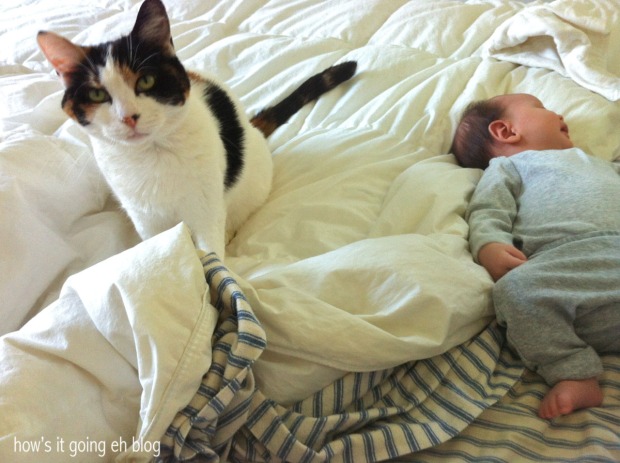 Since I’ve been home alone with Langdon, we get oot + aboot doing activities together, keeping really busy.  We go on walks with other mommies, run errands, visit friends, take classes, etc.  Here we are at Granville Island buying flowers! 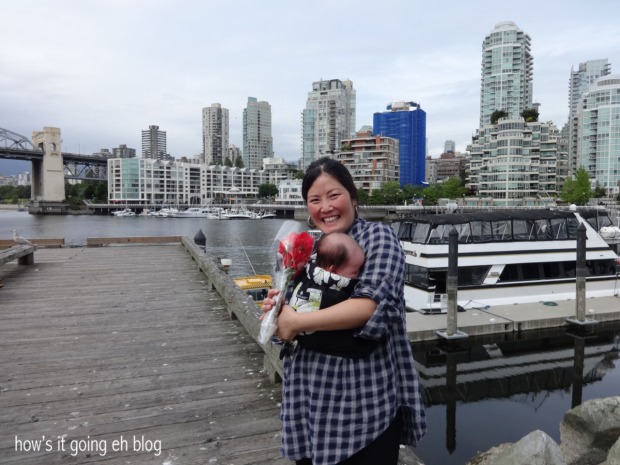 Did you know you can go to the movies with your baby?!  I discovered Movies for Mommies!  Everyone brings their babies, the theater keeps lights on low for feeding or tending to the baby, the sound is lowered to not freak out their little sensibilities.  There’s a changing table in back, babies cry + fuss during the movie + it’s no big deal!  I took Langdon out for his first film!  Godzilla!!!  It’s in his blood + required as a half Japanese baby – it was amazing. 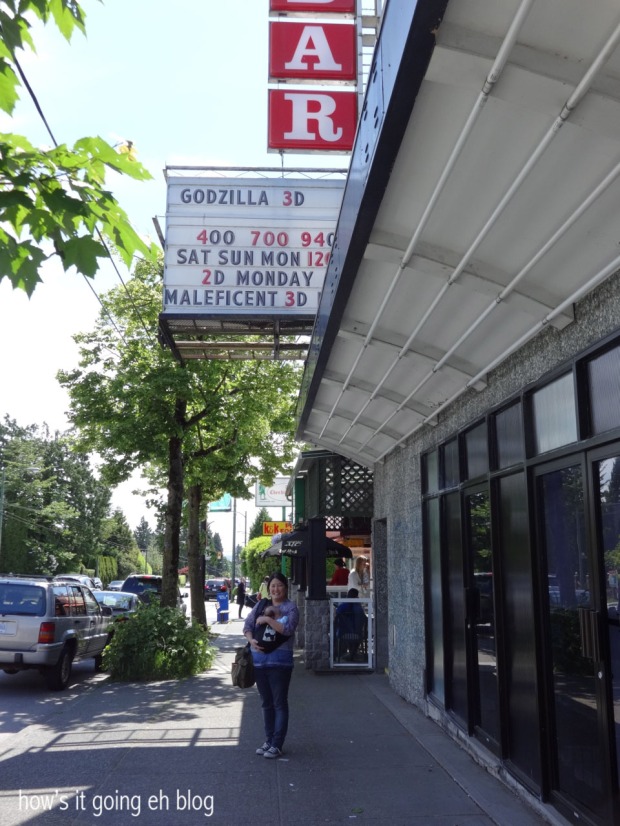 Jeff is out in Alberta dealing with blood, guns, whiskey + lots of hats on Hell on Wheels. 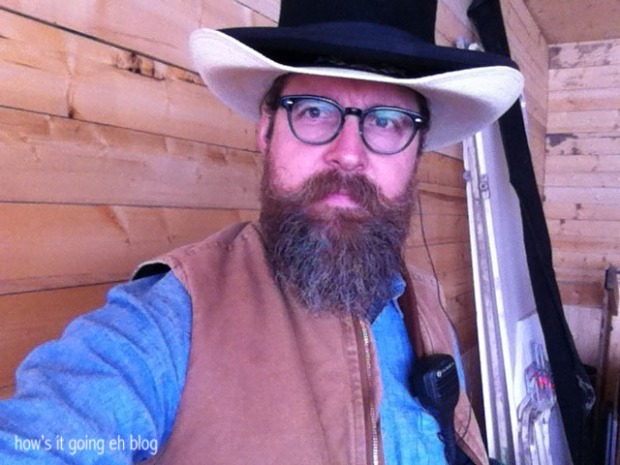 Auntie Kelly made a short visit from Ontario to meet her nephew Langdon.  And he was loving all the attention!!! 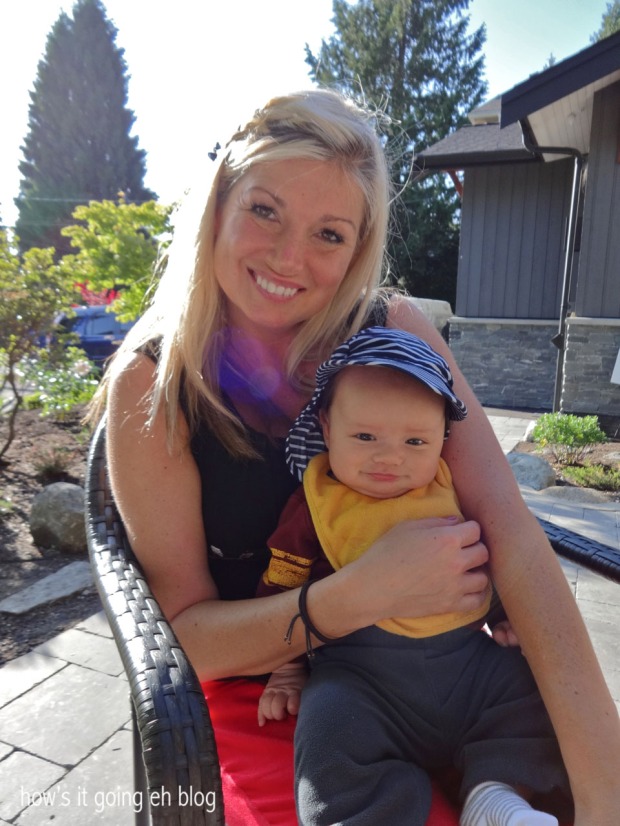 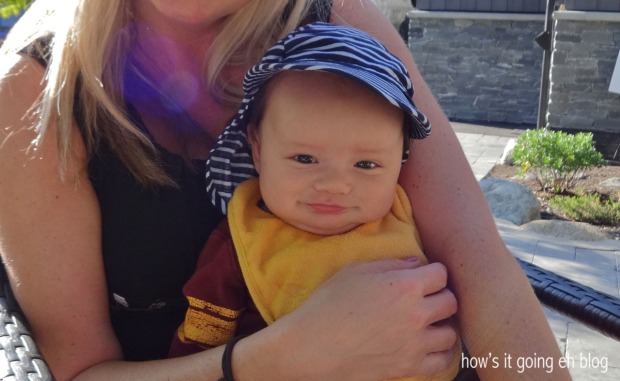 Well, two months have come + gone.  I can’t say that it’s been easy with a newborn on my own.  There were times where I just felt so broken + burnt out to the point of crying.  But now I get smiles + little coos + it makes everything in the world so bright, shiny + wonderful.  And now that he’s older, it has been getting much easier since we have more of a rhythm + better sense of each other.  Plus, he’s not this little, super delicate squirrely thing anymore.  Langdon + I have been doing some major bonding + we’ll remember this time together forever!  I love you my sweet little boy!  Thank you for every single moment!!!