Bringing your Cat into Canada from the US

Ten years ago I found my sweet cat Megumi underneath the freeway – scraggly, starving, crying + alone.  A little back story, I was under the freeway working on the set of a film.  Don’t be alarmed, folks!  I don’t regularly troll under freeways much.  Ever since then we’ve been inseparable + she is extremely attached to me, as most rescues are. 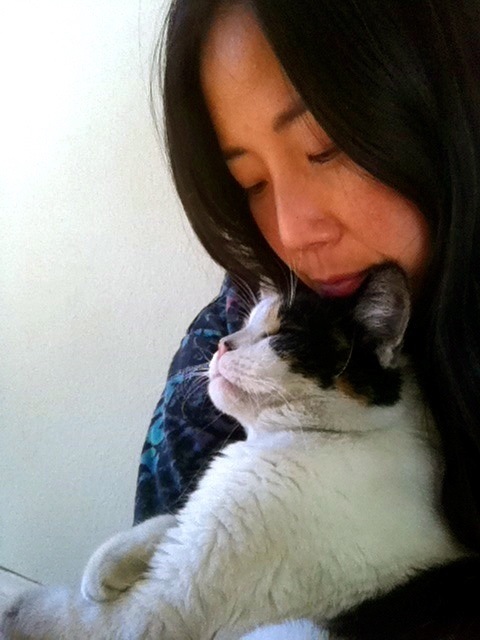 Megumi was being baby-sat by my parents in Southern California to wait out Jeff + I’s move into the house.  Poor thing.  I couldn’t WAIT to bring her up to Canada!!!!  I did a lot of reading about what to do to bring her into the country.  I read the Canadian Food Inspection Agency page about “Importing Domestic Cats” like a million times.  As long as your cat comes from a rabies-free country (which includes the US), is older than 3 months + gets a rabies booster + certificate from the vet – you are good to go!!!  To be specific, the certificate is called, “United States Interstate + International Certificate of Health Examination for Small Animals”.  I say!!!!

When my mom + sis came up to visit me before Christmas, they had the fun task of bringing her up with them.  We were all nervous as heck!  Did we do everything right?  Will they get turned around at Canadian inspections???  To make things easier, I bought Megumi a super posh carrier for the flight from Sleepy Pod.  I scoped them out at the Dwell on Design show that Jeff + I attended last June.

Posh!!!  I got Megumi the Sleepy Pod Air.  It is way worth the money!  Their customer service is amazing + they’re such an innovative company!!!

One of the great features about the Sleepy Pod Air is, the sides fold in so you can tuck your kitty/pooch under the seat during take off.

And during the flight you can expand it again for comfort!

Aaaaaah!!!!  Stretch!!!  The inside of the Sleepy Pod Air is super cushy + you can also slip it onto the handle of your carry on while in the airport!

My mom didn’t give Megumi any food or drink the night before.  This helps to avoid any accidents or smelly times during the flight!  I was afraid she was going to be a total skittish spazz but my mom + sister said that she was a perfect little princess!!!!  At customs you indicate that you are traveling with an pet.  They have you step aside, where they will take out the animal for inspection.  Apparently Megu was sweet as pie!!!

She is the best Christmas present I have ever received!!!  THANKS MOM!!!!  And it’s amazing because it usually takes her a while to warm up to new situations, but SHE IS LOVING VANCOUVER!!!!  She loves the activity outside her window…

She is kind of a freaky cat.  Eccentric would be the word.  Sometimes I have NO IDEA what she’s looking at!

We’ve been through a lot together, Megumi + I.  She is sitting in my lap as I write! 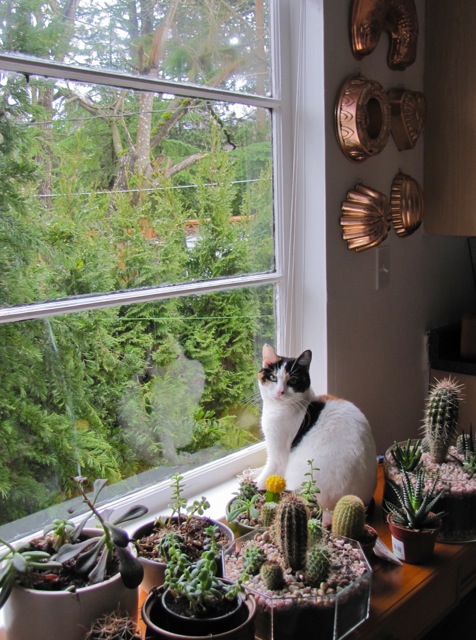 There’s no way I would have ever left her in the United States!  She’s my little buddy!  I love her SO MUCH, sometimes I just want to bite her little face off!!! 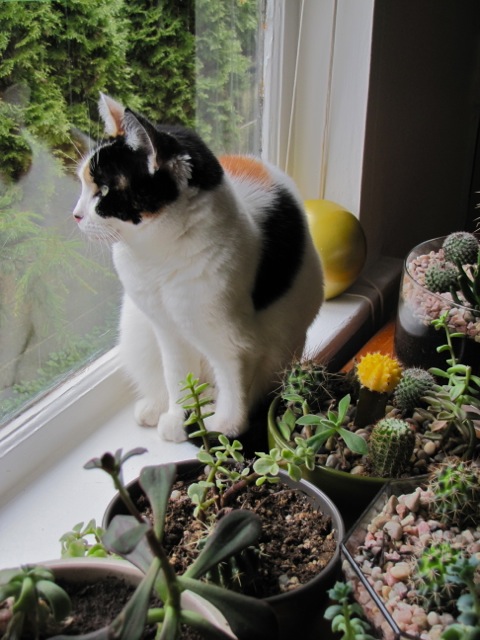 It makes such a huge difference having her here in Vancouver with me.  Being that it is a new city for me, it’s totally aces to having her around because she has always been there for me during many a tough moment! 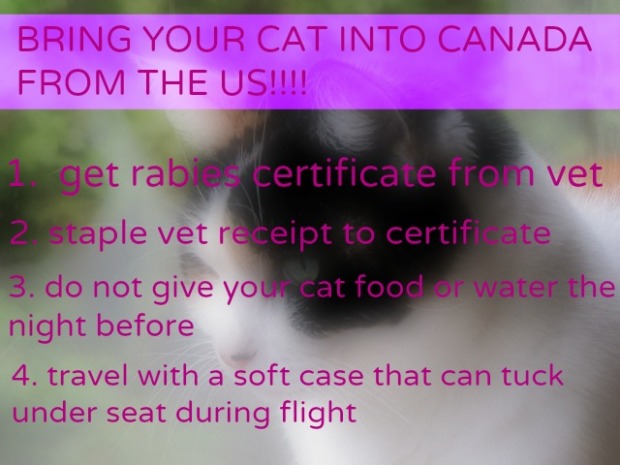 Now we are a happy little family of three!

Thanks mom + Ashley for enduring the anxiety of bringing Megumi to Canada!!!  It was totally worth it!!!  I appreciate your efforts SO MUCH!!!  XOXOXO