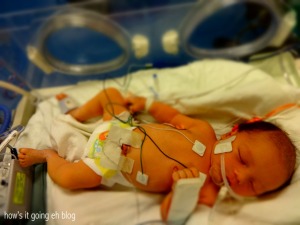 3 weeks old!!!  He has arrived!!!  And what a scary, exhausting, exhilarating three weeks it’s been…

Dearest friends + family this will be a short post – mom here is operating on very little sleep!  Sleepy!!!

Langdon Takehiko David Fayle was born at 11:15pm on Saturday, April 5th 2014 at 8lbs 22 inches!!!  And what a birth…straight out of the birth canal + whisked away by the NICU team.  Meconium Aspiration Syndrome.  My poor baby.  My first visit to the NICU on the night of his birth.  My own mangled, IV ridden hand is at the bottom right touching his little foot.  I could cry right now thinking about seeing him in that bed.

Oh my sweet little boy on a respirator, tied up, electrodes on, IV in… 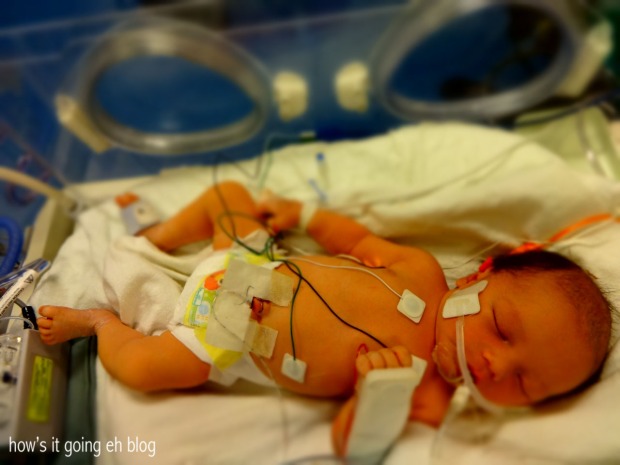 Luckily the maternity ward was not overly busy, so they let me stay for four nights.  We made round the clock visits to our little guy.  Look how puffy I am from all the pitocin pumped into my system during labor.  Oy vey, the labor – that’s another post in itself.  Here Jeff + I are trying to make brave faces.  We were so frightened, worried + sad.. 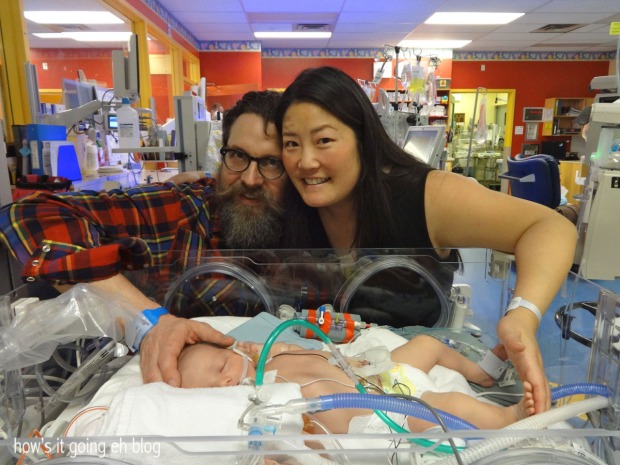 All I want to say is thank god this child was born in Canada.  Langdon was in the NICU for seven days.  If he was born in America we would be broke as a joke right now.  The care from all the staff at BC Women’s Hospital was above + beyond exceptional.  Langdon made a swift recovery + was out sooner than expected!!!  Those cheeks! 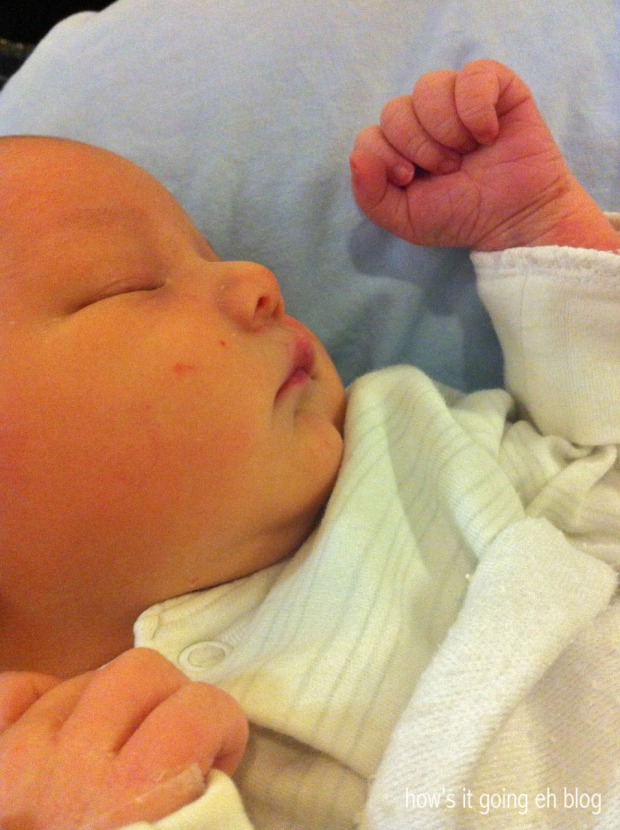 He has been home now for two weeks!!!  Happy + healthy – so cute I just want to bite his little face!!!  Except for the breastfeeding….it’s been hell.  This is my current all time favorite picture of him.  He was born with long hair at the sides + bald on top!  It cracks me up!  I call him my Little Monk.  The NICU nurses called him George Constanza.  Guffaw! 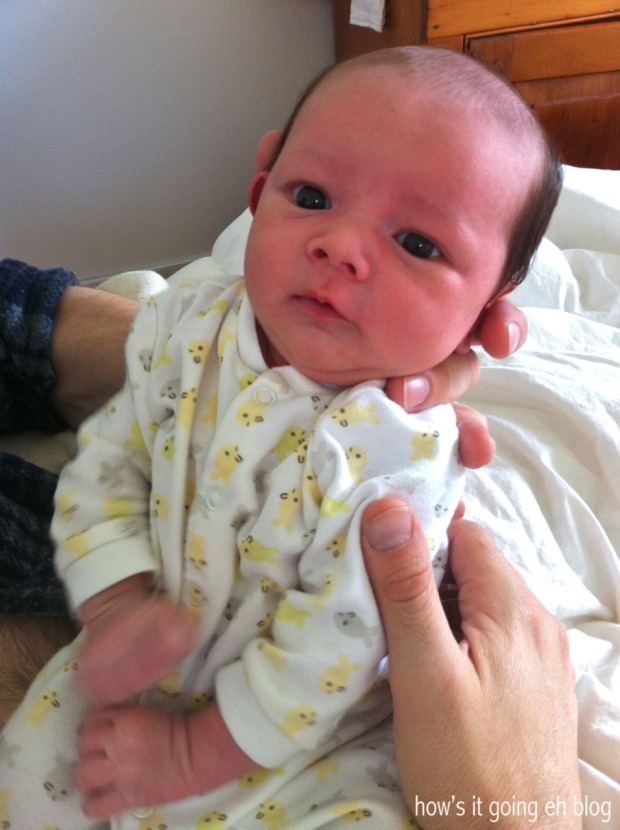 He is already smiling + here he is mimicking his dad with his tongue out!  Genius!  By the way, I got his first smile when late one night calming + feeding him I sang him Carly Simon’s “You’re So Vain”.  Smile.  Sassy.

My favorite line from that song is, “You’re scarf it was apricot”.  Bomb.

Photoshoot from today with his monkey from Auntie Deb.  Three weeks…it feels like it’s been 3 months.

Ack!!!  Doh!!!!  Tumble!  These newborns are like little uncoordinated drunks!!! 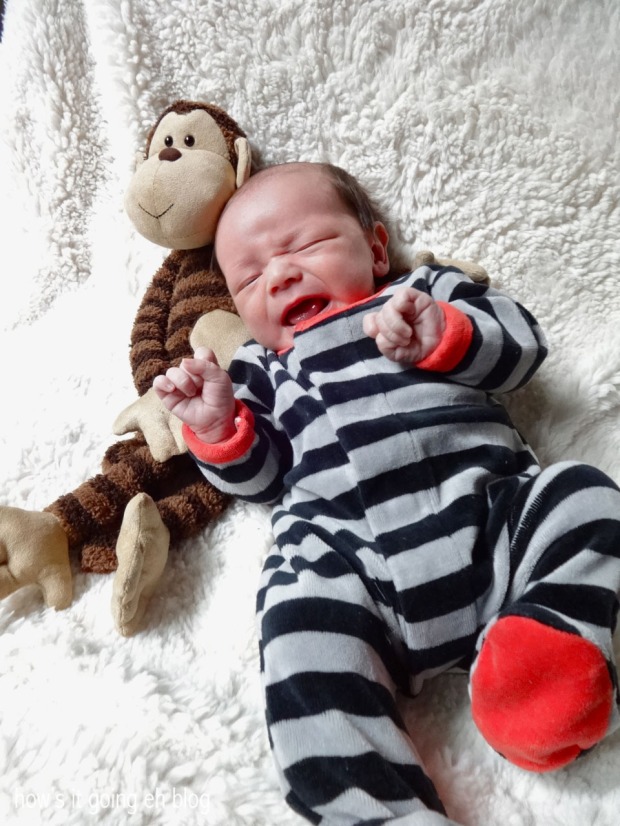 Too much, it’s just too much…good night!  Strike a pose!!!

Thank you thank you thank you to everyone for all of your prayers + well wishes while Langdon was in the NICU!!!  All the support, love + kind thoughts meant so much to us during such a truly difficult + teary week!  More to come later – babies will put your emotions through a meat grinder!!!  Hasta la vista!!!  XOXOXOXO