With the way things are going in the States, why would I be leaving Canada when everyone is trying to find a way to move up here?  To spend the holidays with my friends + family in Los Angeles!  And to escape the wet, dismal grey darkness.

Hold up.  First order of business.  I have something to get off my chest.  Since Trump has been elected president there has been more traffic to this site.  I have been getting attacks from patriotic haters for expressing my opinion. 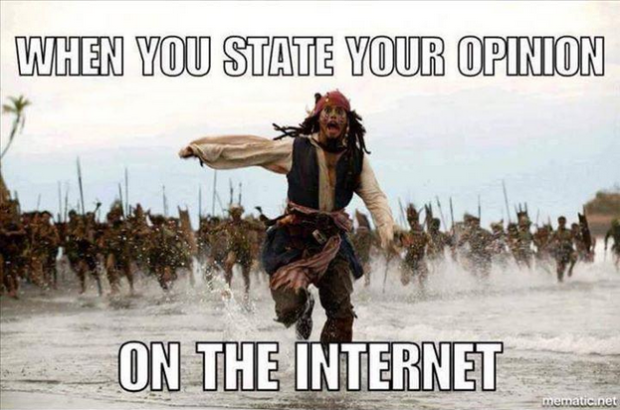 I am an opinionated person.  But I’ve actually censored myself + stayed pretty tame about how I REALLY feel about living in Canada on this blog.  Yes, there are many, many, many worse places to live + I am grateful to live in such a beautiful, liberal country.  But for the love of god, SIMMER DOWN Canucks!  Not everyone has to be head over heels in love with living in Canada!  If you don’t like what I have to say DON’T READ MY BLOG!!!!

This is a personal blog + this is where I share MY experience.  And there are a lot of things that I miss + there are enough differences between Canadian culture + American culture that make me feel like I will never truly be able to call Canada home.

ANYWAYS, moving on!  It’s been pretty wet around these parts so lots of small, quiet activities.  Last weekend we attended the Nikkei Center for their Craft + Bake Fair. 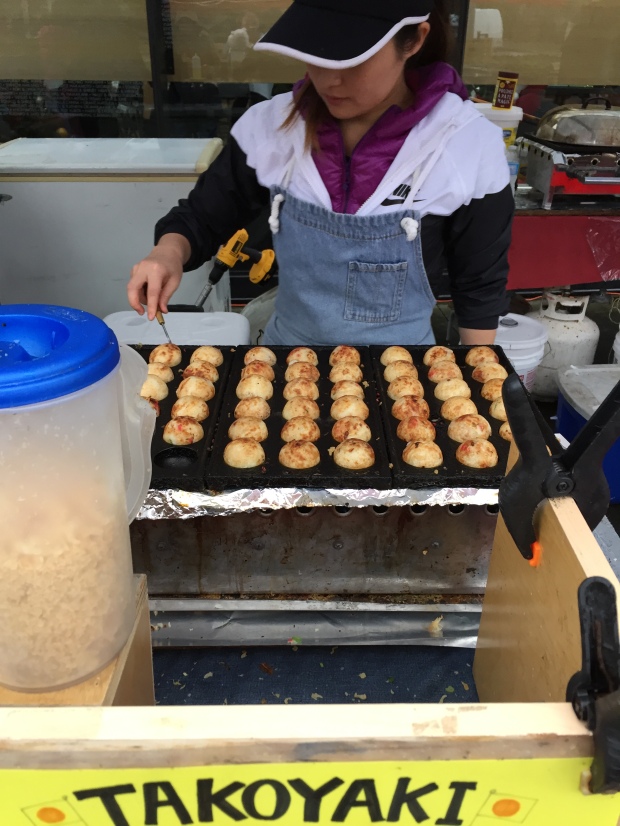 Santa was there!  I was like, “What the heck, Santa – so soon?!”.  Also I don’t know why, but I was expecting to see a Japanese Santa.  I know Santa is a western fictional figure, but still I was surprised.

Vendors inside the main hall.

After Santa, it was all downhill from there.  Langdon was very disgruntled about being woken up in the car + decided that he was going to severely punish his parents by publicly embarrassing them with a display of toddler psychosis.  Here he is posing dramatically in front of a Japanese Canadian WWI Roll of Honor at the Nikkei center’s museum.

Currently until January 15 2017 the museum has an awesome exhibit about the Japanese Canadians’ contribution to WWI called Warrior Spirit.  I really wished we could have spent some time in the museum because it is such an interesting exhibit but did we honestly expect to be reading informational placards???  Dream on, losers.

Langdon, Clementine + I have been taking walks from our house to the Lynn Valley Ecology Center with our buddies Edward + Liam.

What a cute little gang!  Crazy thing is, the boys’ mom + I know each other from the film industry in Los Angeles.  Her family had immigrated to Vancouver + on a fluke we happened to run into each other at the library!  What are the chances???  Langdon loves these boys, which says a lot because he does not like 99% of other children his age.

We sure are lucky to have an awesome educational resource like the Ecology Center so close to home.

Later that same day, we stopped by the park in Deep Cove.  Can you tell by the picture how chilly it was that day?  At least it wasn’t raining!!!  Hallelujah!!!!

The next day the kids + I hung out on Main Street.  Langdon enjoying a cookie in front of hipster joint, Meet on Main.

With all the rain, we spend most afternoons inside at home.  I try to get Langdon to do some sort of creative activity.

He must have played with that play dough + shells for a good hour!  But I’m not going to lie – since Clementine has been born there has been A LOT of tv watching happening in this house.  Who am I kidding?

Selfie with my babies.

Omigod this kid loves being outside.  I feel guilty because sometimes we’re inside warm + dry – I look outside + can’t bring myself to layer up both kids + head out into the wetness.  So we just stay indoors all afternoon.

This kid has always been a funny little dude!  The older he gets, he constantly surprises us with the stuff he comes up with! 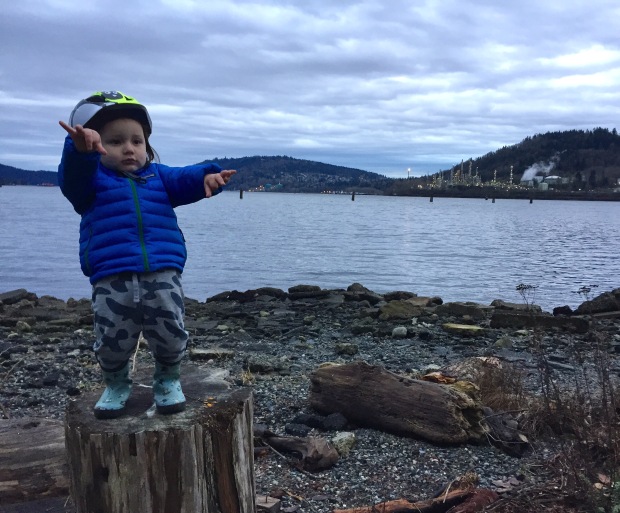 Ol’ Sea Captain Dad.  I took these pictures around 4pm.  Look at how freaking dark it is!  UGH!!!! 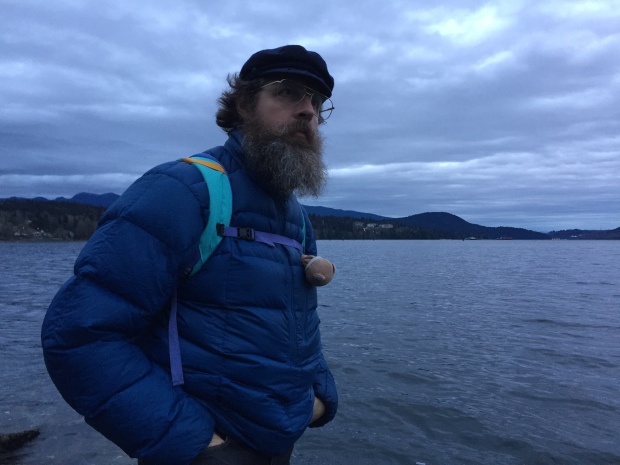 Langdon is SUCH A DADDY’S BOY.  When we’re in Los Angeles Jeff will remain in Vancouver working on a TV show he’s been on.  I’m seriously nervous that Langdon is going to freak out from missing his dad.

Alright, fine.  As much as I complain about the wet, dark Pacific Northwest I suppose I’ll miss the greenery.  I suppose.  But then again it was pouring rain all day today + I ain’t gonna miss that!  Oh no.  I won’t.

Off to sun + fun!  I am so excited to be taking Clementine to California for the first time!  And now that Langdon is older we can do more activities like the Natural History Museum, Olvera Street…omigod I’m getting really excited.  I brought lots of sunglasses for these vampire babies because when all the sun hits their eyeballs they won’t know what to do.  They’ll squeal ,”My eyes!!!  What is that infernal burning orb in the sky??!!!”.   Hasta la vista, amigos!!!!!  See you in Los Angeles!