Langdon + I went winter beach crazy when the weather permitted.  And yes, we are moving.  AGAIN.

I was so dismayed to be back in Vancouver after my sunny, family/friends love fest in Southern California.  I gotta be honest, y’all.  It has not been the easiest transition living in Vancouver.  But I digress, that is a subject for it’s own post at a later date.  So to get out of my depression I am trying to love where I live + seek things that make me happy.  The beach.

Thank the gods that there were spots of sunny days!!!  When I see patches of blue skies in Vancouver it’s like I’m like a junkie + somebody just pulled out a syringe.  I claw at the windows, staring madly at the sky thinking, “I NEEEEEED IT!!!!”.  Here’s our Vancouver beach run down for the past month!

And yes there’s a Second Beach.  Which leads us to the next beach…..

English Bay.  Technically First Beach I guess???  Located closer to downtown on the West End.  Puff puff.  I say “puff puff” when I’m referring to something posh.  Like a dapper Great Gatsby type gentleman puffing on a cigar.

For you non Canucks, the stone structure is called an Inuksuk.  A First Nations (specifically peoples of the Arctic region) stone landmark that resembles the shape of a human figure.

Although the sky is blue + the sun is out it is bitingly cold!!!

Lighthouse Park in West Vancouver.  My buddy + I took a light hike in the misty rain.  We chilled out near the lighthouse + as we sat + talked we were blessed to see FIVE bald eagles that day!  FIVE!!!!!!  Twas a glorious sight! 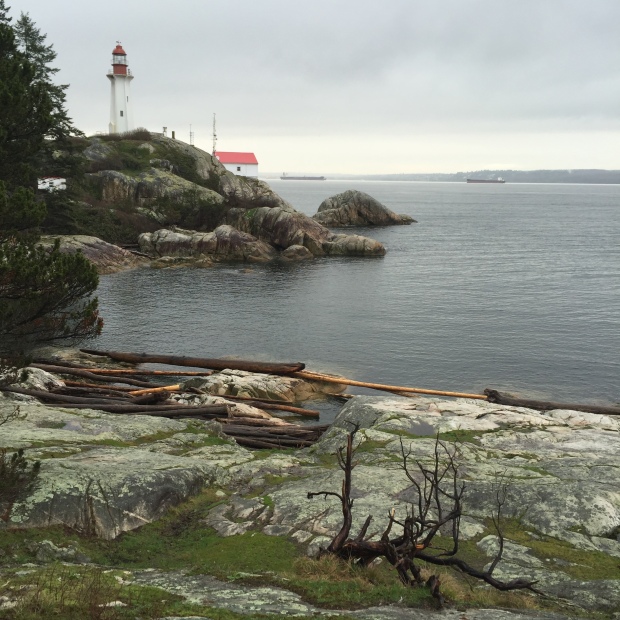 Iona Beach Regional Park.  Technically in Richmond across the bridge just south of metro Vancouver.  And the weird thing about it is this beach is really close to the airport. 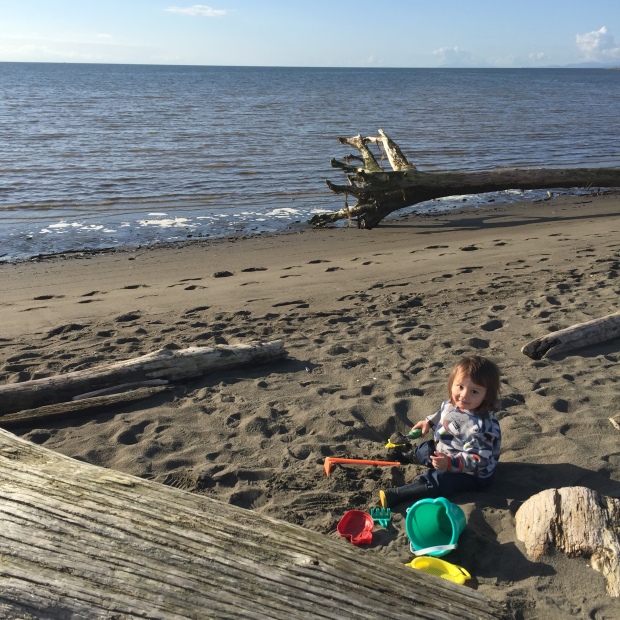 I mean, there’s no way I’d go swimming in the water, but the sand, driftwood + hypnotic sound of the water makes it a great place to zen out + make sand castles.

Kitsilano Beach.  Across the bridge just south of downtown Vancouver.  Also very “puff puff”.  It pretty much has the same look as English Bay so here’s a picture of Langdon’s lovely little mug instead.

Lighthouse Marine Park.  Ok this one is not in Vancouver, it’s in Point Roberts Washington.  But it’s close (in my opinion but don’t ask a Vancouverite because they hate driving farther than 20 minutes to their destination) to Vancouver.  Point Roberts is this weird little piece of land that is America, but due to the way the border is divided you have to drive through Canada to access it.  It’s a tiny town + mostly frequented by Canadians that want to pick up packages they ordered from the states because you can’t do any proper shopping in Canada.  Kidding.  Not really.  Anyways, Point Roberts is blustery, moody (in all the right ways) with a stone coastline + tons of lovely driftwood. 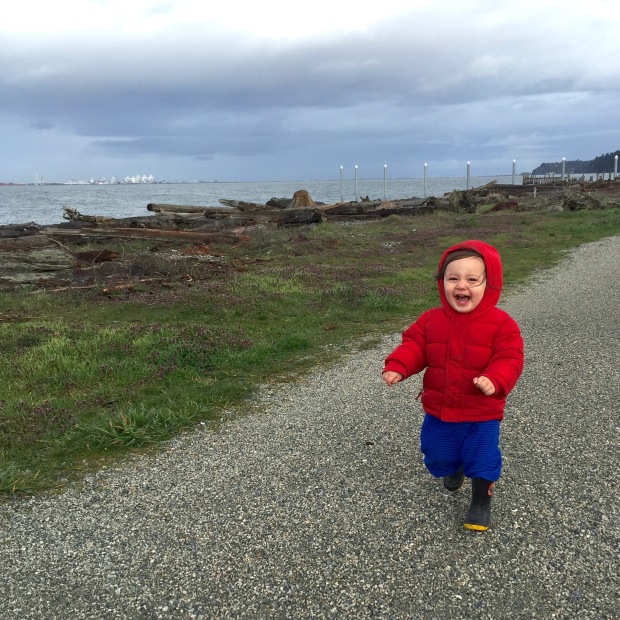 Your kids will love playing on these anchors because Langdon played on them for a good half hour.  Who knew anchors were like a barrel of monkeys.

That’s the end of our beach tour!  In other news we are moving to the North Shore!  I am really trying to make it work in Vancouver + one thing that may make a difference is changing locations.  I love love love my sweet little house right now, but where we live feels quite isolating + the North Shore is more family friendly, there’s beautiful hiking spots + the house we found is extremely practical for a family.  So everyday packing.  Langdon has been watching more TV than I would like but for packing a house TV is the best invention ever created by man.  I make sure to supply the little prince with snacks + water as he lounges:

Well the sunny days have ended.  It has been rain rain rain + wait for it….more rain.  If people want to know why Vancouver depresses me so much here’s why:

That’s my friend smiling in the pouring rain because she grew up in Seattle.  Langdon knows no different so he’s a lucky guy.  Actually when it’s raining it doesn’t bother me as much.  It’s the endless days of grey, dark stillness that get to me.  It feels as if the sky is closing in on me + I feel like I’m suffocating.

Okay well then, I’m going to stop getting all Edgar Allan Poe on y’all because I will spiral into a tunnel of darkness!  To end on a positive note, I hope the winter has been treating everyone well!  Must get on to packing more boxes!  Thanks for stopping by!