On weekends Jeff + I are lucky to experience what life would be like living in the Canadian Rockies.  Aaaaah, what a life!

Well, technically Jeff lived in Canmore, Alberta for 20 years before relocating to Vancouver.  But for me it’s a different story!  I come from the land of smog, drought tolerant plants + the Pacific Ocean!  Ahem, I’m talking about Los Angeles.  Anyways, it’s like this lady got plopped into a foreign land – everything is new to me!  I’m always like wide eyed, exclaiming, “Woooweee wow wow!!!!!” or something to that effect.

Okay, first things first – last week I was out on my morning run.  It was raining but heck I’ve been running in the rain in Vancouver so no big whoop.  Toward the end of the run, I was looking at the raindrops + thought to myself, “Wow!  Those are really fat raindrops!  Crazy!”.  The raindrops were becoming increasingly voluminous + poofy + I thought, “Hmmmm, so curious!”.  Well bust my britches, it was starting to snow!

Anyways, Saturday was a late start which is starting to become a regular theme.  I’m really not happy about it.  I used to get out the door hup, two, three, four!  We drove an hour + a half to Canmore to hang out with Karen, Kyle + Juna.  Once we arrived, lil’ Juna got a hold of Jeff + dress up time was ON!!!!!

As you can see, Jeff loves it when I document dress up time.  Juna busted out a glamorous white wig from where, I don’t know.  We told her if she finished all of her dinner, Jeff would put the wig on.  Finish her dinner she did, + Jeff kept to his word! 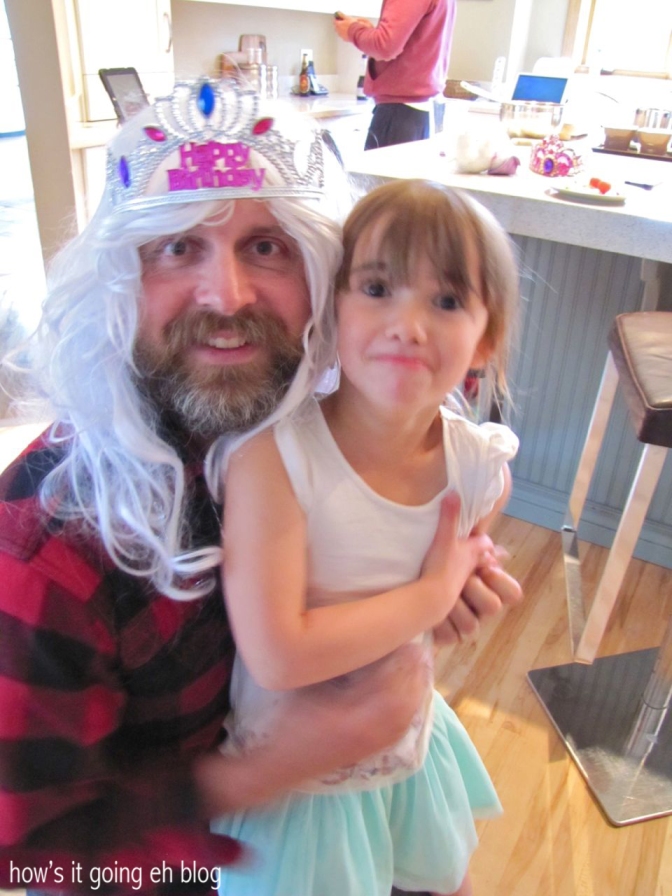 HAHAHHAHA!!!!  Even Juna is freaked out!  She got over her fear of a big hairy man being in a white wig really quick + we promptly put the sleeping beauty to rest, singing her/him enchanting songs to lull him/her into a deep slumber.

Jeff + Juna have so much fun together!

The next day, we all drove in Kyle’s truck to the edge of Banff. 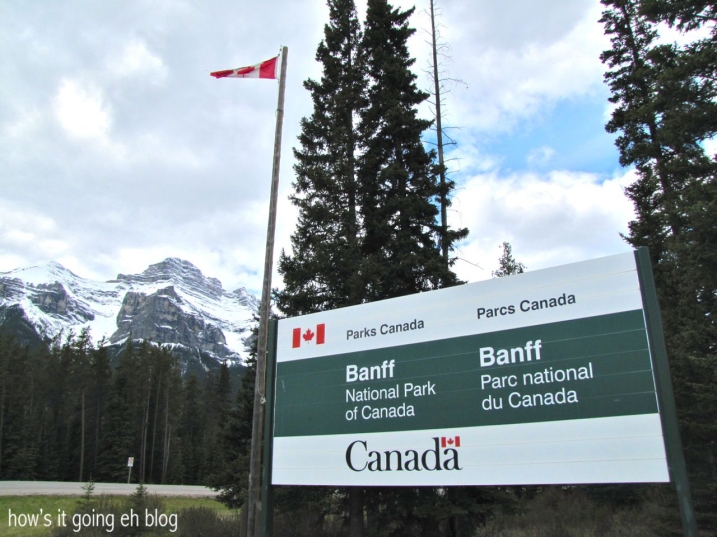 Karen, Kyle + Juna were riding their bikes into town, where Jeff + I would meet them with the car.  See how fun it would be to grow up in the Rockies?! 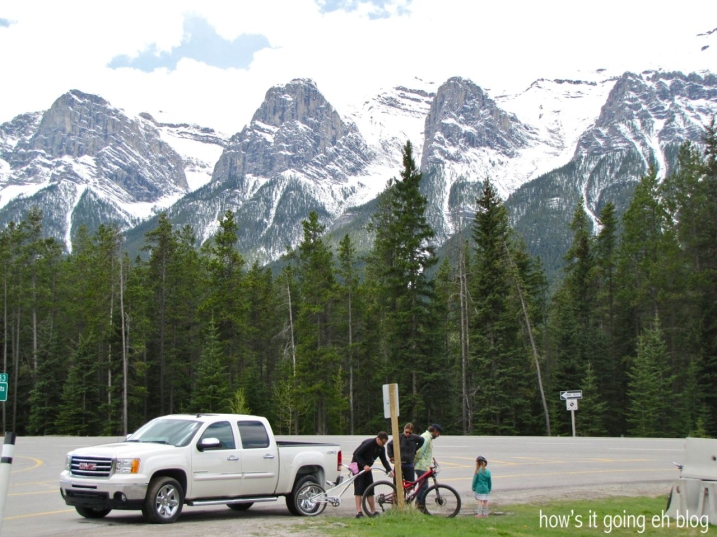 The mountains right at your fingertips!

Awwwww, thanks for the flowers, Junester!!! 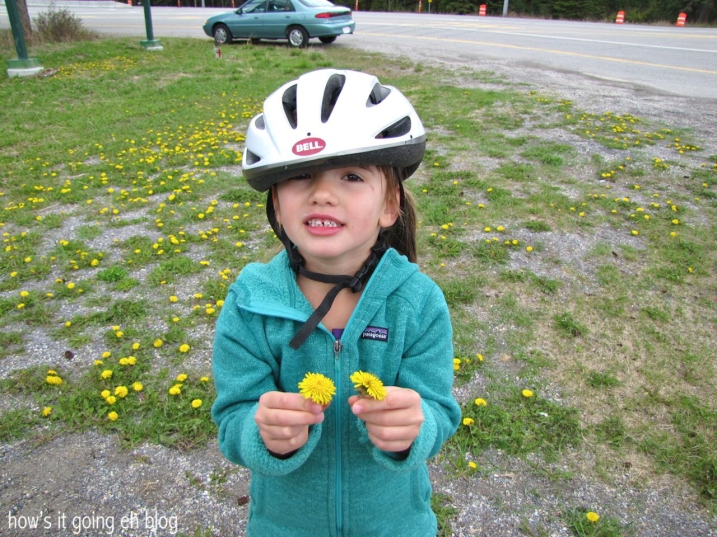 Having had a late night, everything was in slow motion for us on Sunday.  Jeff + I sat by the Bow River on a bench like a couple of old folks + just prattled on about the flow of the river + the weather. 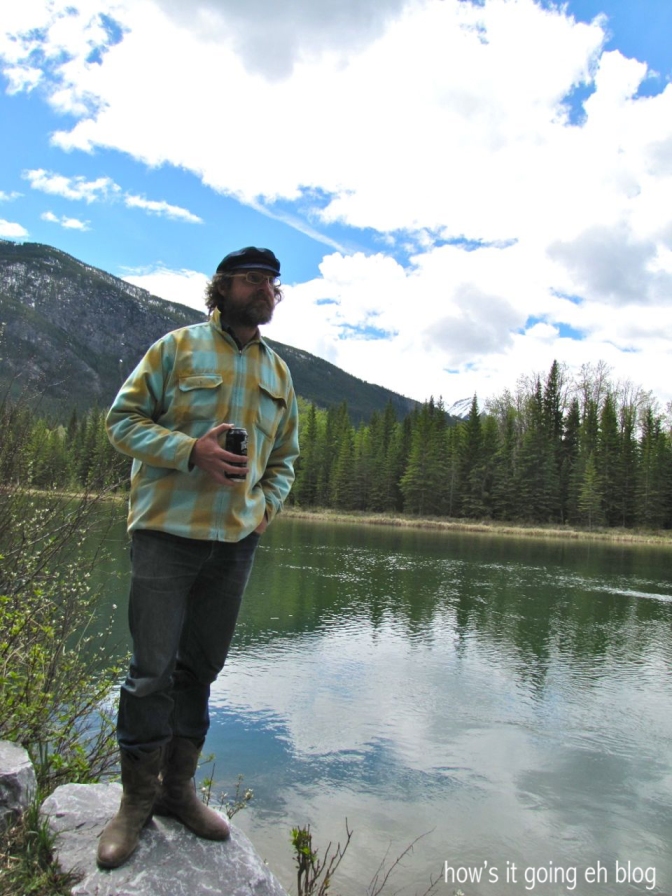 So I called Jeff “Old Man River” for the rest of the day.  Aren’t I a sweet wife?

We got a text from Kyle saying that Juna was getting cold on the bike ride.  So we did a rendez-vous pick up of the little nugget + then we were going to meet mom + dad at the restaurant.  Here’s a prairie dog.

Brrrrr, it’s windy up there!

Hoodoos (pillar like rock formations) + some lucky people out on a raft trip.

Oh yes, it’s beautiful + all, but Banff is full up with tourists + it ain’t even summer vacation yet! 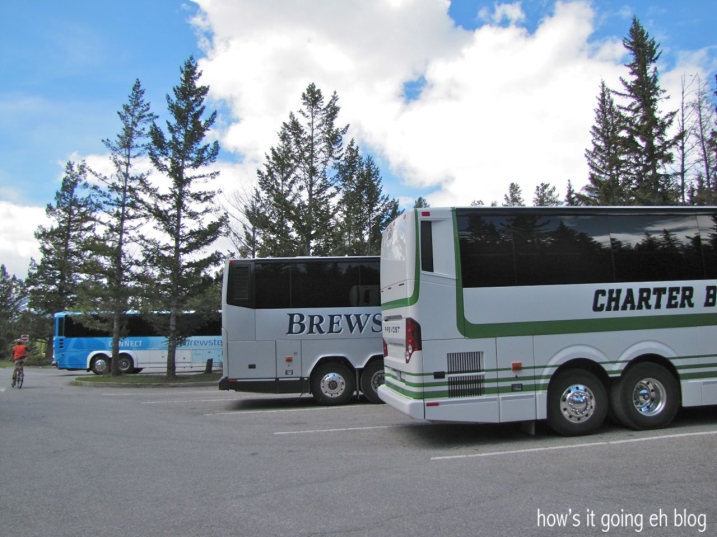 Omg, it was so hilarious – there was a little chipmunk posing under a tree + there were so many tourists taking pictures – so I took a picture of people taking pictures. 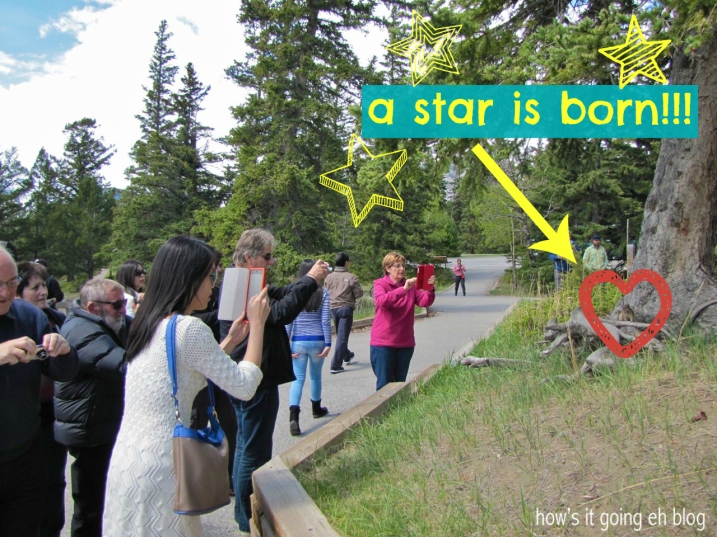 You would have thought that chipmunk had three heads + breathed fire!  We hooked back up with Karen + Kyle – all starving + ready for lunch.  The restaurant was having a special on steins of beer, so I ordered one!  The waiter cocked his head at me, baffled.  Kyle said he was being sexist – haha!!!!  Check this mammerjammer out!

I wish I could proudly say I finished the whole thing – but Karen had to help me out with it!  What a wimp!  It was not my day, people!  After lunch, we parted ways with Karen, Kyle + Juna + ran around on some errands.  We didn’t set out for home until the evening.  The drive felt excruciatingly long.  But as we were winding down the long, empty country road the Dixie Chicks song, “Cowboy Take Me Away” started playing on the radio.

I LOVE ME SOME DIXIE CHICKS!!!  I pumped up the volume, rolled down the windows + breathed the moment in!!!

Hey Alberta, I could really get used to this…..