Yesterday we started the day at the Cooper Center.  We saw this sign the other day + new we had to make a cameo. 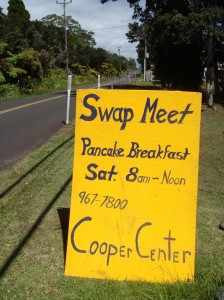 These were our people, yo!!!  I don’t know if that’s necessarily a good thing, but we hung out, talked story, bought honey + looked at lots of weird stuff. 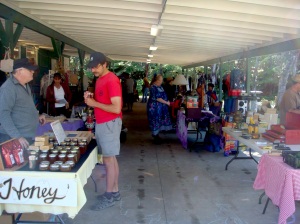 The guy selling honey told longer stories than Jeff, but his Japanese wife made us the yummiest Japanese breakfast!  Suggoku oishikatta!!!! 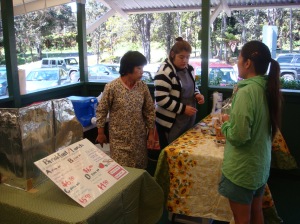 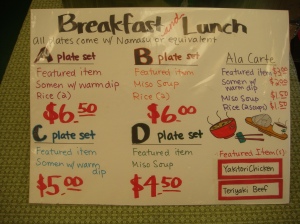 There were so many local characters there.  It was such a tight community. I loved it.  Here’s the lady with her pet turtle, who I was told is the swap meet mascot. 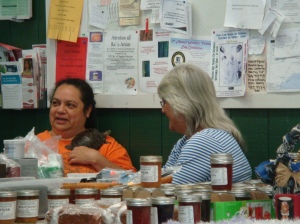 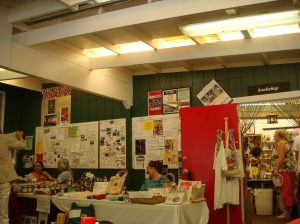 Then it was off to hike the Kilauea Iki Crater!!! 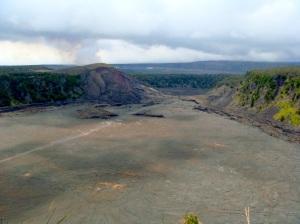 First, is a path through lush rain forest. 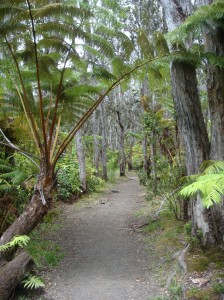 The beautiful, but invasive Kahili ginger. 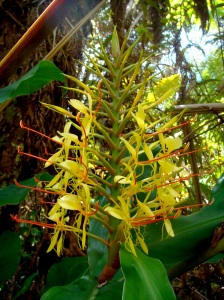 The Lehua blossom.  In Hawaiian folklore they represent tears from heaven for separated lovers everywhere.  Sigh. 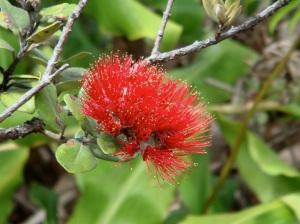 Then, we descended in to the crater itself.  Land of the Lost, y’all!!!! This is Pu’u Pua’i, the vent of the crater.  Here’s me in front of it doing my muscle competition pose.  Because that’s how volcanic craters make me feel.  Power!!!!! 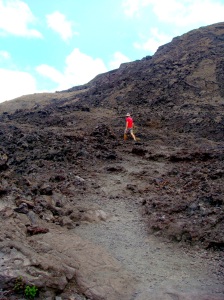 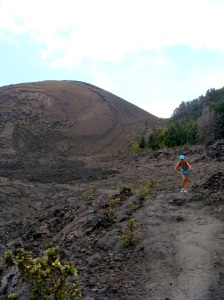 Descending into the vent. 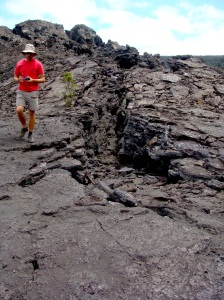 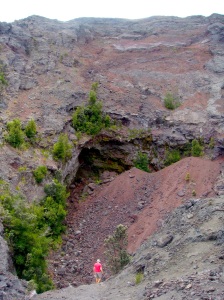 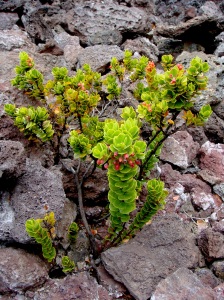 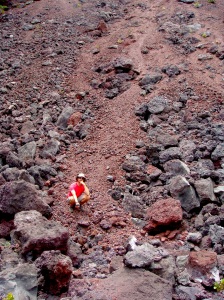 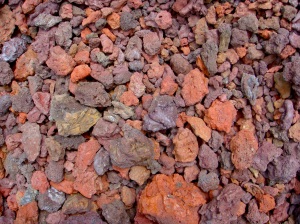 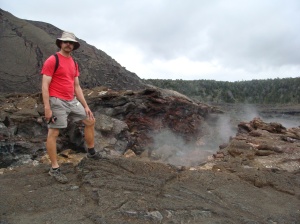 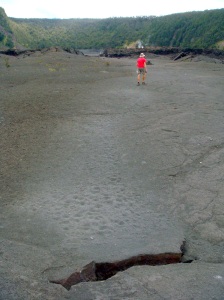 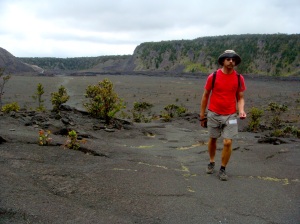 Next was the Maunu Ulu trail which is one of the longest known rift zone eruptions of Kilauea.  Fascinating!!!! 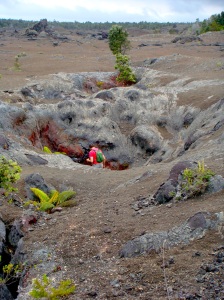 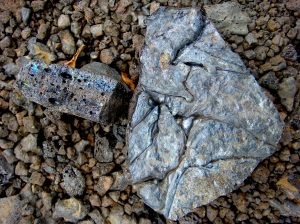 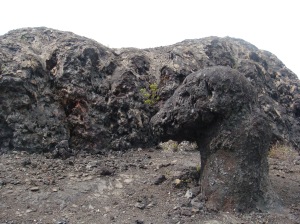 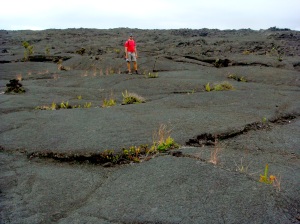 This is when I screamed, “Frodo!!!!  Sam!!!”!!!  I said, “Hey Jeff, remember in Lord of the Rings when Sam + Frodo were escaping the fires of Mordor + they were surrounded by flowing, red hot lava???”  He replied, “No, I’ve never seen any of those movies.”  I screamed, “Whaaaaaaat????!!!!”  I might have to rethink this marriage.   Well, I’m stopping this blog now because we have to check out + Jeff hasn’t downloaded all the pictures of more volcano fun, so until then! 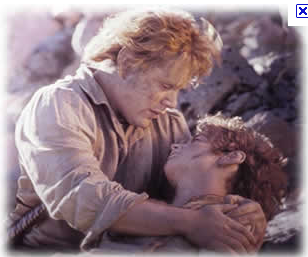