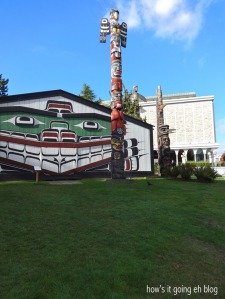 Victoria is charming, full of character + home to the best museum in British Columbia!

Okay we went to Victoria at the end of September.  It’s been a long time.  I’ve been contemplating giving up on the blog, but I know my family loves to read about what we’ve been up to.  And it’s actually kind of like a family diary + it helps me remember what we were up to + when.  Because I literally don’t remember what I just did this morning.

Let’s carry on!  Here’s Captain Langdon taking a survey of the deck during the ferry ride, making sure everything is up to snuff.  Full steam ahead, crew! 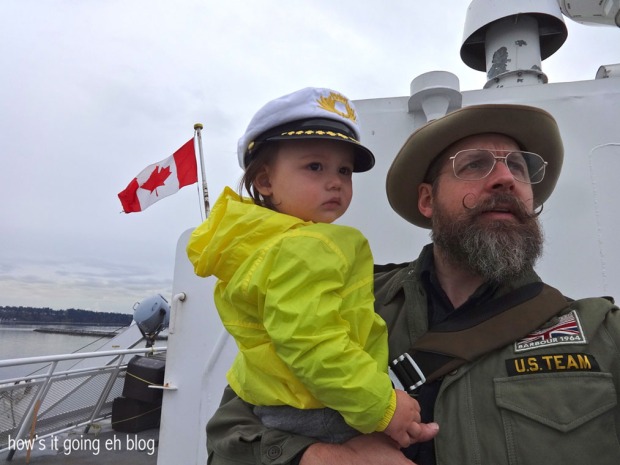 We were put up in a great hotel suite with a full kitchen, balcony, washer dyer, the whole works!  Forgot to mention the reason we went to Victoria was because Jeff was hired for a day to work on a show.  The location plays a part in the plot of the show, so I can’t reveal which show.  Secret.  Langdon immediately settled in + made some calls because the stock market doesn’t run itself, you know.  Oh?  You weren’t aware that Langdon was a sea captain as well as a NY stock broker???  Well, he is.

The lobby had a huge koi pond much to Langdon’s delight.  I love this picture of him looking adoringly up at his father.

The hotel was very centrally located – but at the same time slightly tucked away so we avoided all the noise of downtown.  Just across the street was the beautiful St. Ann’s Academy.  We enjoyed strolling through the grounds to get into town.

My whole adult life I’ve been dying to visit the Royal BC Museum!  And it was only a short 10 minute walk from the hotel! 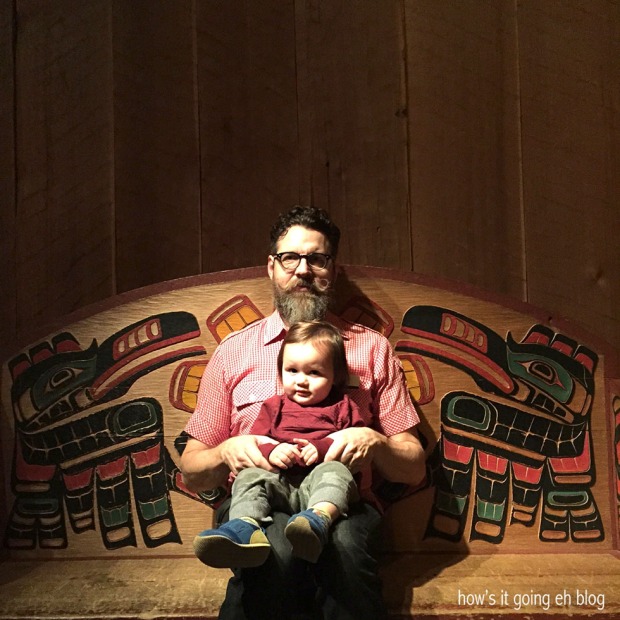 Langdon is reminiscent of this infamous meme.

I thoroughly enjoyed the museum + it lived up to all of my dreams.  But it was dark in there + my pictures were horrible, so you’ll just have to take my word for it.  It rocked.

The weather was GORGEOUS during our stay!  Just behind the museum there were half a dozen food trucks, because food trucks are A THING, right?  I got a burger with beets.  I’ve never had beets in my burger before + BOY HOWDY WAS IT GOOD!!!!  When I told my dad he shouted in his best Australian accent, “BEETS IN BURGERS, GOOD ON YA MATE!!!!  OZZIES LOVE A GOOD BEET IN THEIR BURGER, MATE!!!!”. 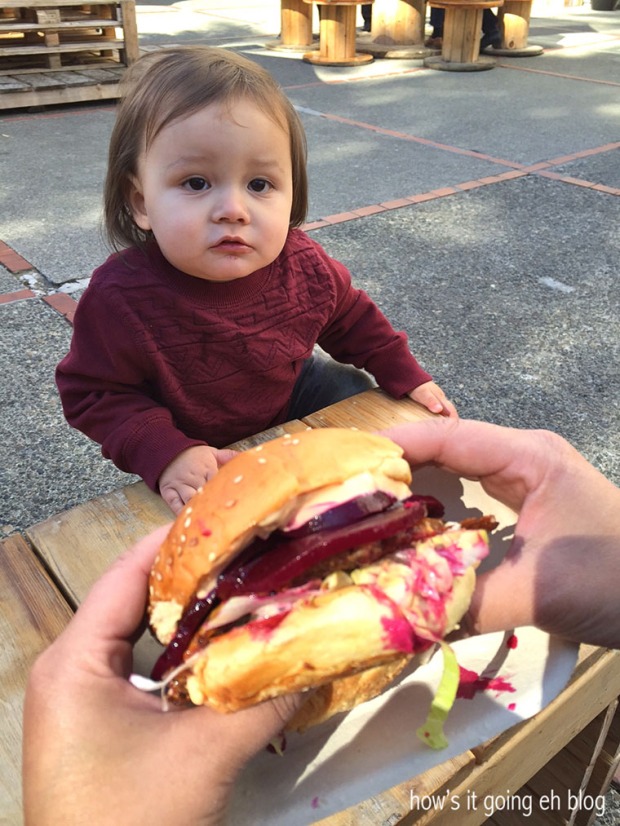 Later, we had to pick up a few things for the show at Mountain Equipment Co-op (sort of like the Canadian version of REI).  We had 4 bags full!  The lady at the register was like, “Are you going on an expedition?”.  Yes, the Arctic Circle.

There was a lawn bowling club close to the hotel.  It was the most whitest (as in Caucasian) bunch of eldery people gathered in one place that I’ve ever seen. 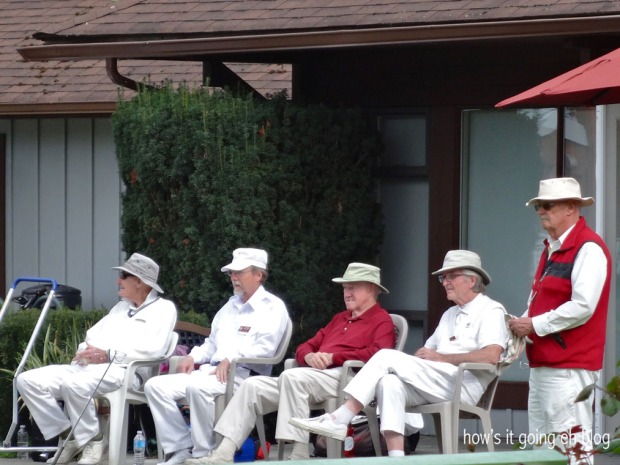 Except for the lady in this photo on the left hand side who was squatting like a gangsta in her dope knee high socks.

The next day Langster + I were on our own as dad worked + slaved.  We took an early morning walk to the British Columbia Parliament building which is home to the Legislative Assembly of British Columbia.  I just typed that but I have no idea what that means.  I visited Victoria once on a road trip from Los Angeles with an awesome high school chum.  I’ve always loved this statue of Queen Victoria.

Langdon was running around like, “YEEEEEEEE!!!!!  EEEEEE!!!!  YEEEE!!!”.  I didn’t realize toddlers appreciated  Neo-Baroque architecture so much.

That day we also went to Beacon Hill Children’s Farm but Langdon was really not impressed that day + avoided petting the goats like they all had the plague.  So no.  No pictures.  But we did manage to drive out to Cadboro-Gyro Park which is totally bitchin’, sits along the bay + has this octopus: 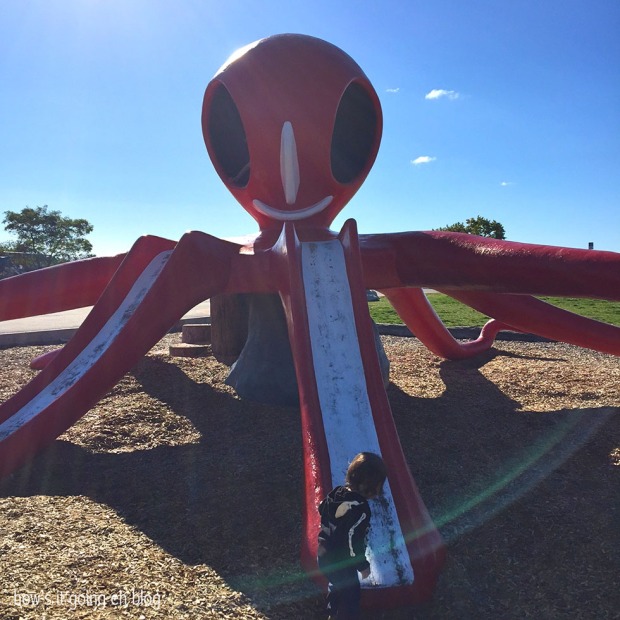 A quick trip, but I definitely would love to visit Victoria + explore the surrounding areas.  There’s castles!  And wonderful restaurants!  And shopping!  Anyways, I hope to be more consistent + current with my blogging.  Thanks for still reading!