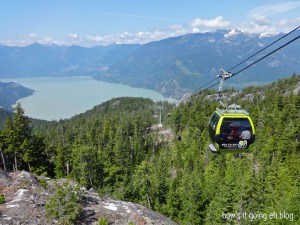 Dear friends in town from Los Angeles!  Lots of galavanting + prancing – showing off my adopted home of Vancouver!

This post is waaaaay overdue + hella long – but stick with me!  Let me tell you, writing a blog is A THOUSAND times more impossible with a toddler than with a newborn.  When you have a newborn you are loopy + sleep deprived BUT the baby is just a blob lying stationary the majority of the time.  With a toddler you are just plain mothereffing EXHAUSTED mentally + physically because the scalliwag of a mini human is becoming smarter + all the more devilish every waking second – and you must outsmart them.

I’ll take more cheese with that whine, but first let me wax poetic on one of the best weeks I’ve ever had in Vancouver!  It all started off wonderfully with the arrival of my magical pegasus gf, Annie.  I’ve known her for years costuming in the film industry + she was only in Vancouver for one day!  Her boyfriend’s band Mini Mansions was playing in town, so she flew in to see him perform + more importantly to see Langdon + I!  Here’s Langdon + Annie meeting for the first time in front of the Vogue theater! 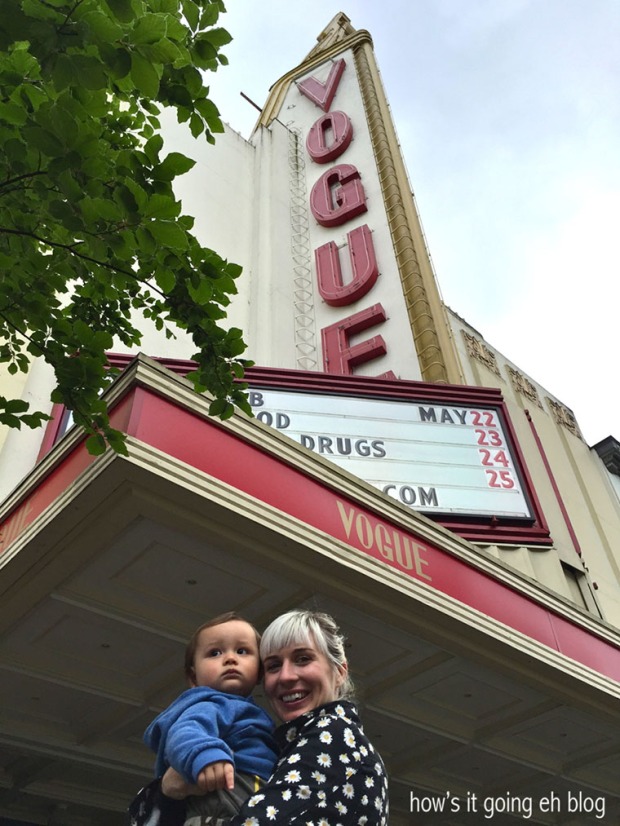 Oh what a beautiful pair!  It was so refreshing to see Annie again!  She is a like a cool breeze on top of a mountain!!! 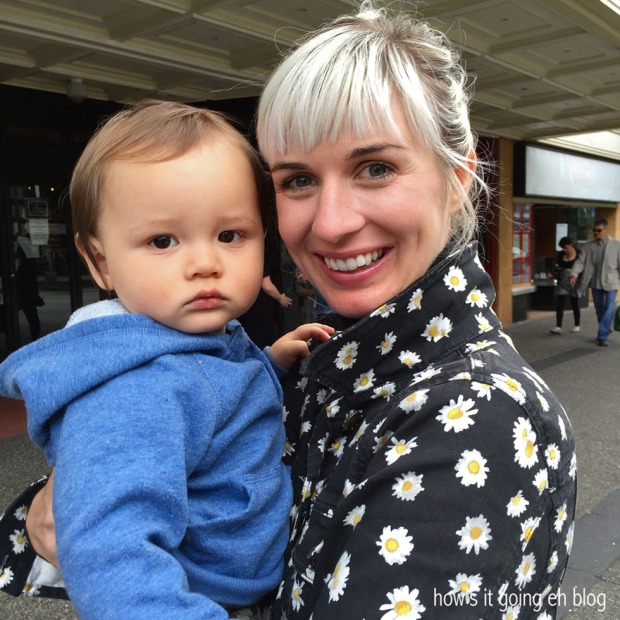 Langdon was whisked off with his father while Annie + I had dinner to catch up + then watched Mini Mansions at sound check!  That’s Annie’s bf Michael waving from stage! 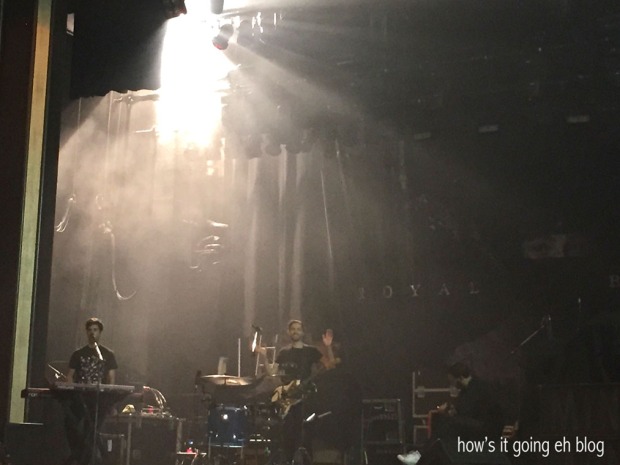 Michael is super crayzay talented – he’s also the bassist for Queens of the Stone Age + plays a multitude of instruments.  Here are the lovebirds hanging out backstage. 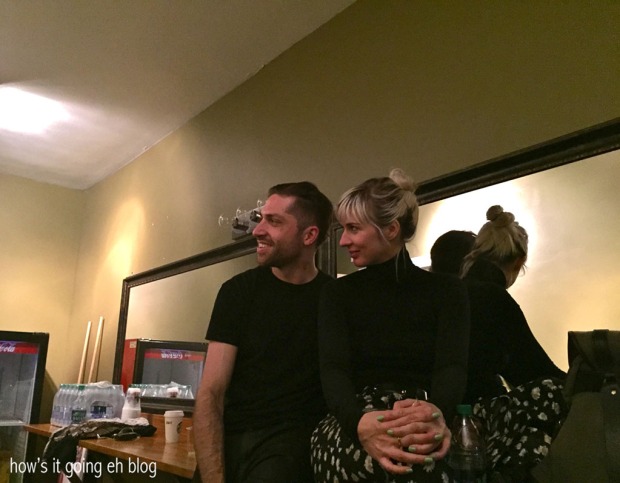 Are they incredibly cool + gorgeous or what?!  No crazy backstage antics like trashing the dressing rooms or snorting lines of blow.  Sorry to disappoint.

The show was awesome + the band was incredible – the audience was pumped!  Listen to Mini Mansions NOW! 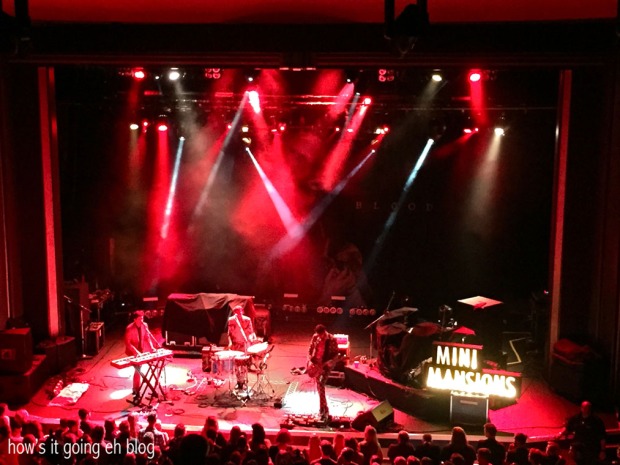 I was beyond excited to be with Annie again.  A person who knew me so well, it was like we had seen each other the day before.  What a comforting feeling to have her in the city that I now call home.  But this rolling stone collects no moss!!!  I left the show early to pick up one of my best friends from the airport who was flying in from NY!!!!  When it rains, it pours!!!  Double Whammy!!!!!

I met my buddy/homie/road dog Debbie while she was living in Los Angeles.  We have been through a lot together, Debbie + I.  She also came to visit me while I was in Alberta two summers ago!  Click Edith Cavell Meadows – Jasper to check out one of our breathtaking glacial, alpine hikes in Jasper National Park!

Debbie + I did so much during her one week visit that I will try to make it short!  A day trip to Bowen Island which was so awesome that I’m going to dedicate an entire post to it later: 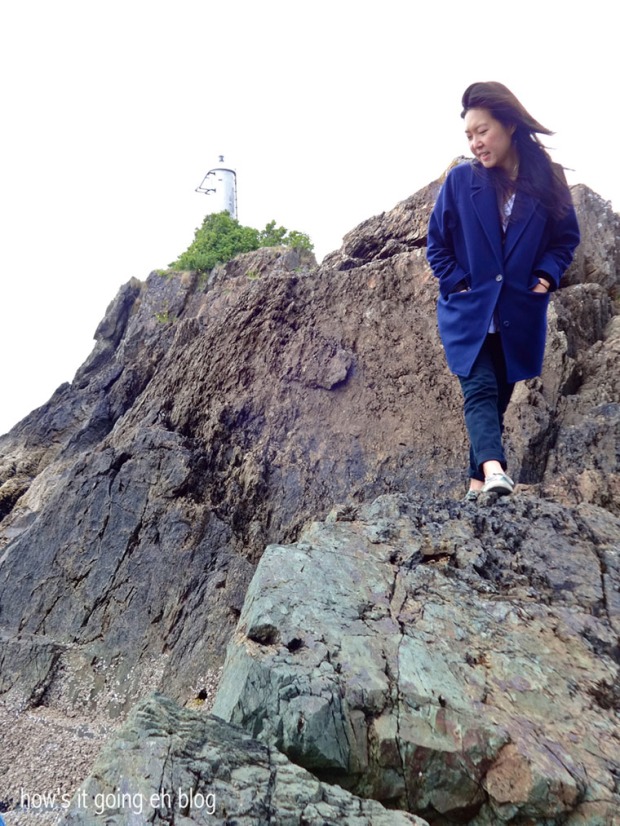 That day Jeff watched Langdon so I could have some QT with Debs.  He sent me a photo: 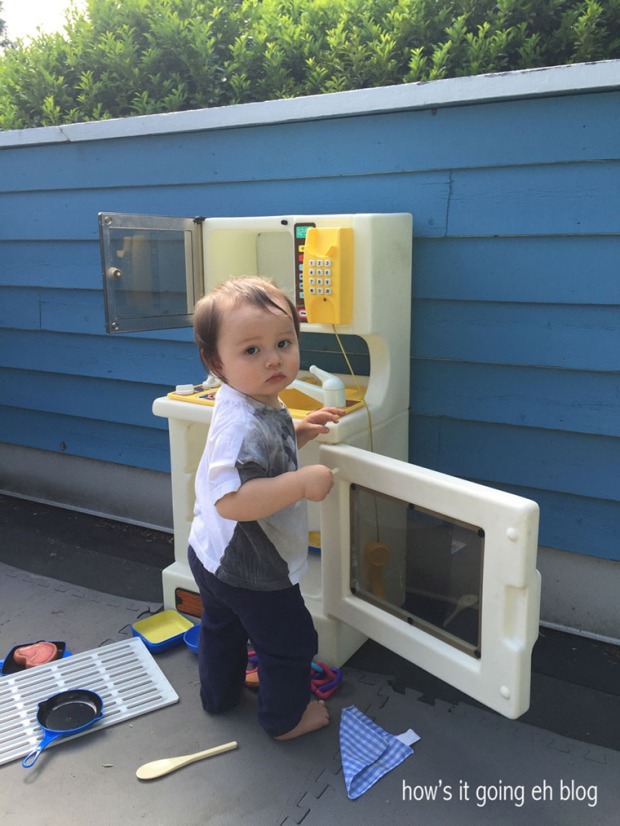 I was like WTF the baby looked so strung out under his father’s care – like Jeff was supervising Langdon while he was cooking up a batch of crystal meth! 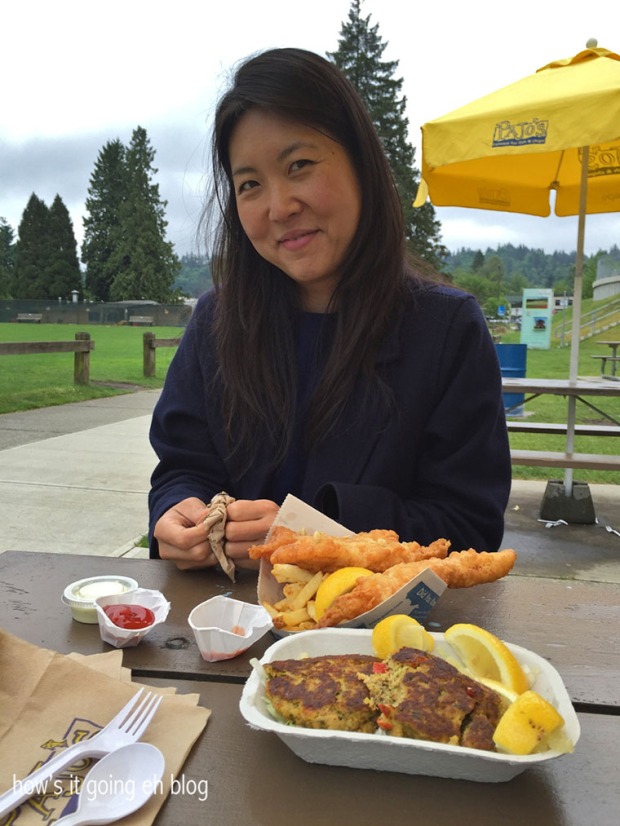 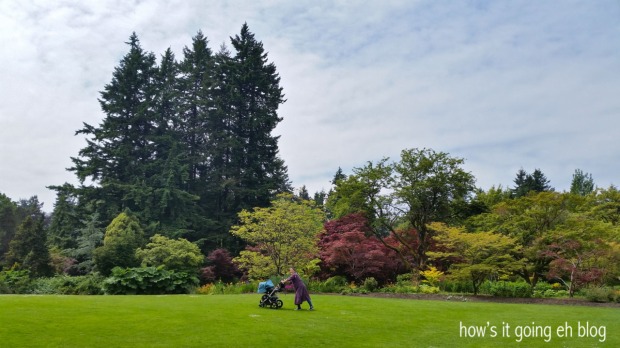 Waiting for Auntie Debbie to conquer the living maze: 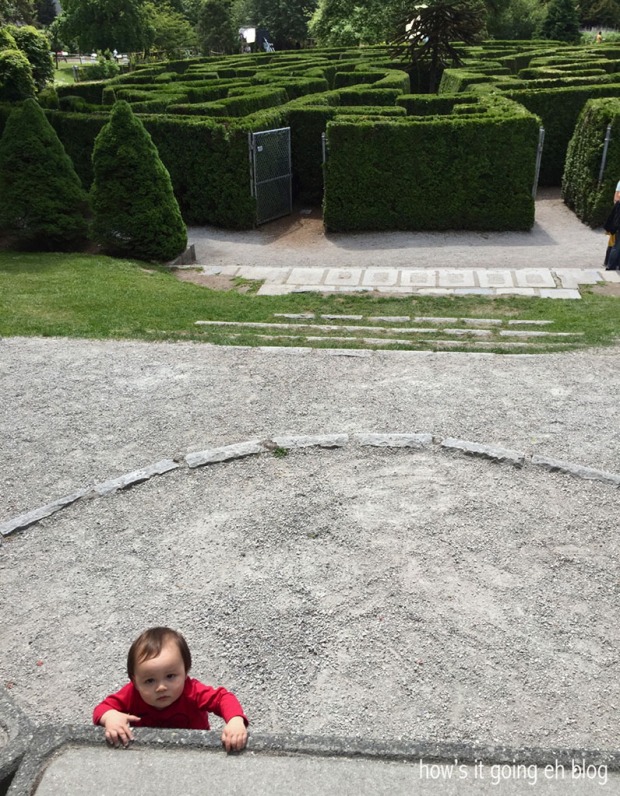 Undeniably psyched to be out + aboot in nature! 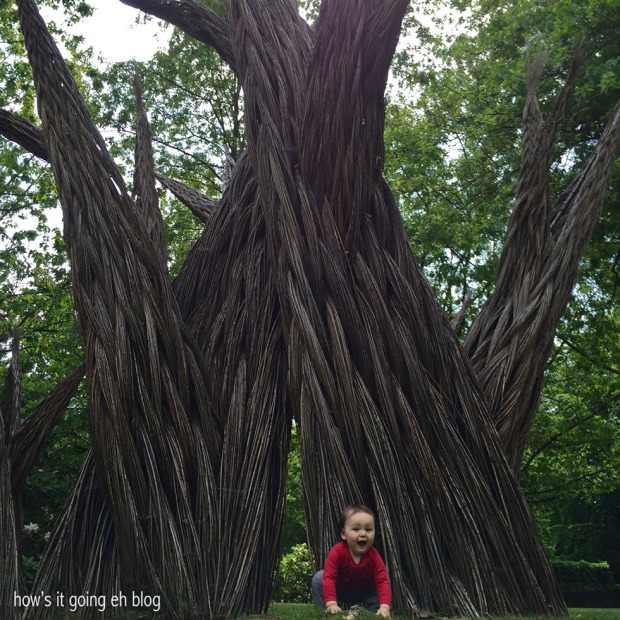 It was beyond amazing to have another pair of hands (+ amazing company!) to help me wrangle Langdon.  I was so grateful + Debbie has such a knack with babies.  Langdon respected + luuuurved his Auntie Debbie!  Later that day we also went to Granville Island but there’s so many pictures on the web of that place – google it! 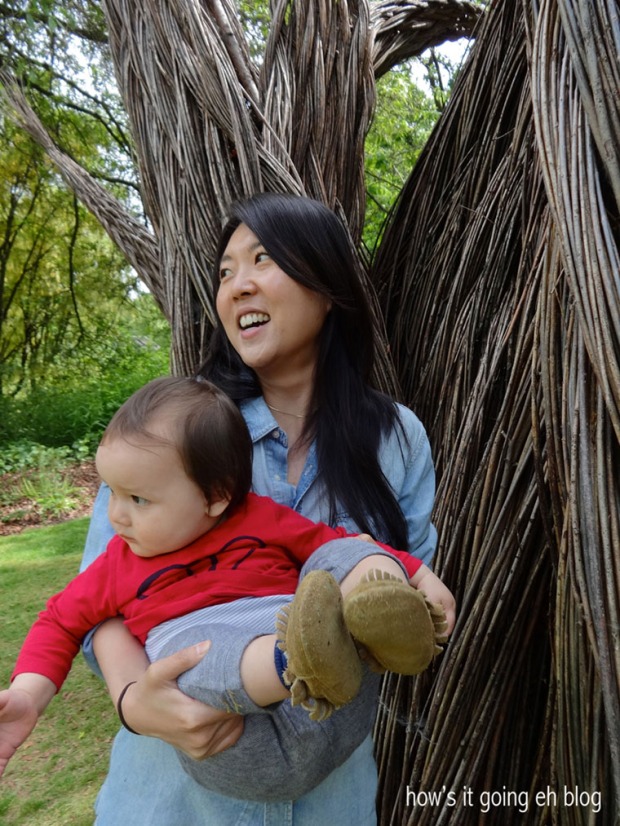 Some chill days were peppered in the visit as well.  You can’t visit Canada without shopping at The Great Canadian Superstore!  It’s a must for every visitor! 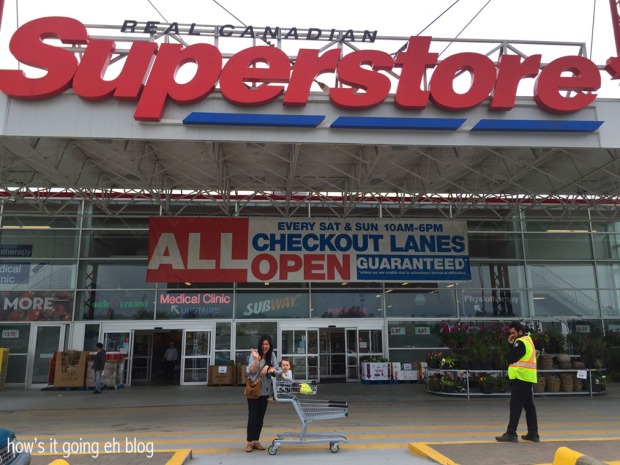 That security guard is like, “Aw hell no they taking a picture in front of a market?!  I’m embarrassed for them!!!”.

Having a gross amount of food at Honolulu Cafe.  And no, they don’t have Hawaiian plate lunches much to my misfortune.  If you crave Chinese food – come visit me in Vancouver.  Let’s talk. 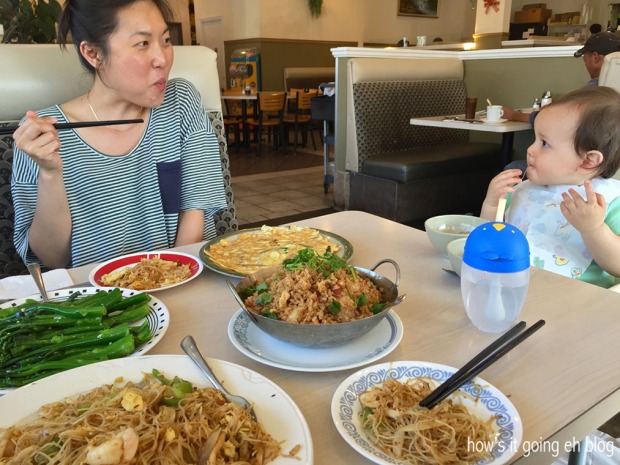 When leaving the restaurant, Debbie wore Langdon in the carrier.  I was like HOLD UP GIRL, let me get a picture. 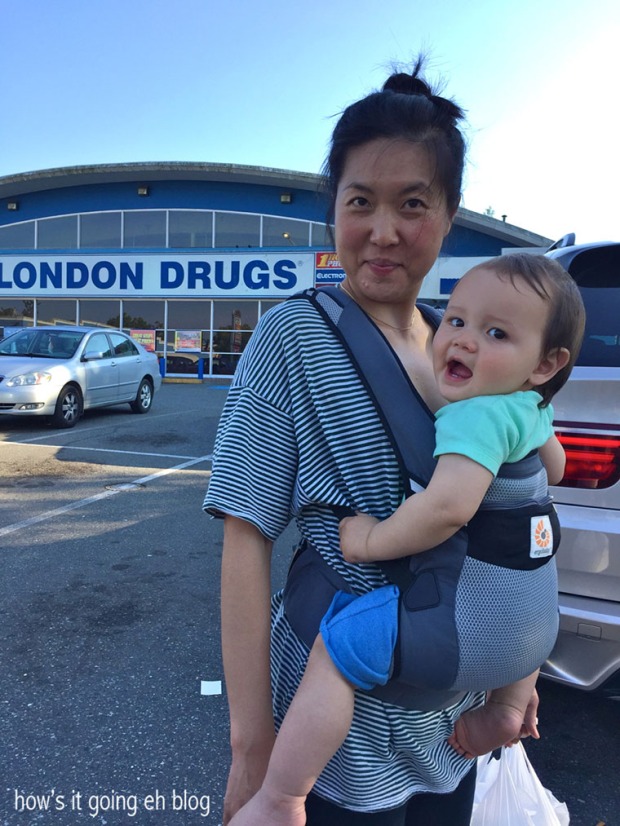 It appeared as if an enormous fleshy growth had attached itself to + was weighing down a stalk of bamboo.

The next day a trip to Squamish on the Sea to Sky Gondola!  People poo pooed about the gondola but they’re a bunch of haters.  The gondola is a fantastic way for people of all ages to experience the heights of the mountains, plus it’s a starting point to access  back country trails more readily. 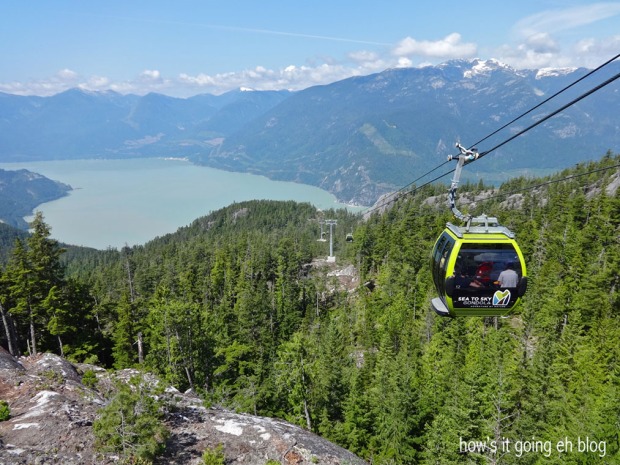 Clammy hand inducing suspension bridge that would sway as you walked across! 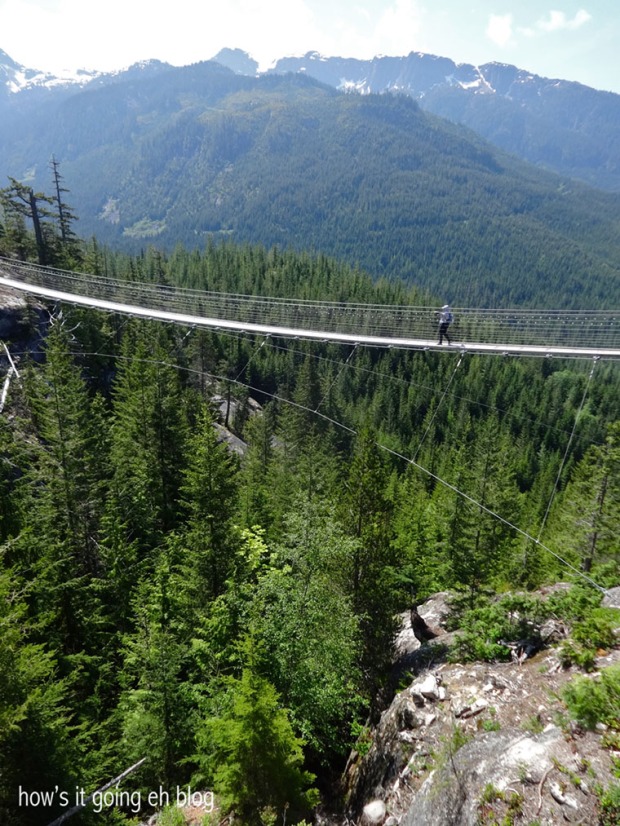 We brought a packed lunch, chewed the fat + had the best time together!  The trails are easy peasy + the view – so gorgeous. 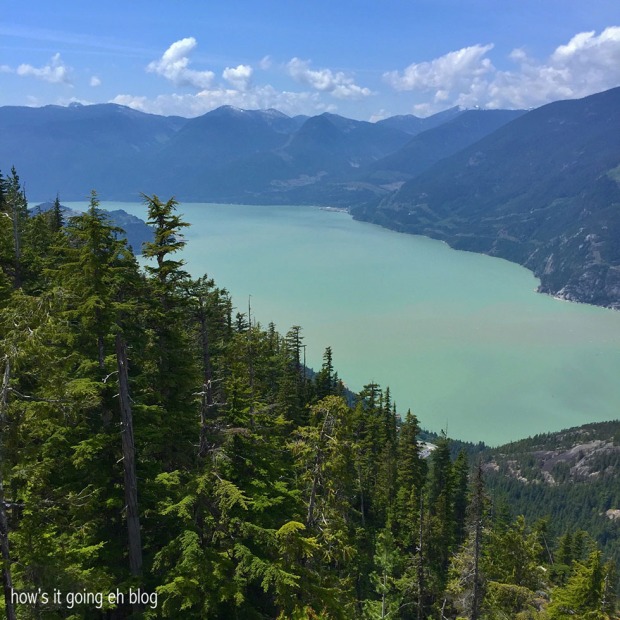 On Debbie’s last day we did some cheesy sight-seeing in Gas Town – which does have an interesting history.  I forced Debbie to take a picture in front of the steam clock that signals the time with it’s whistle + squeal. 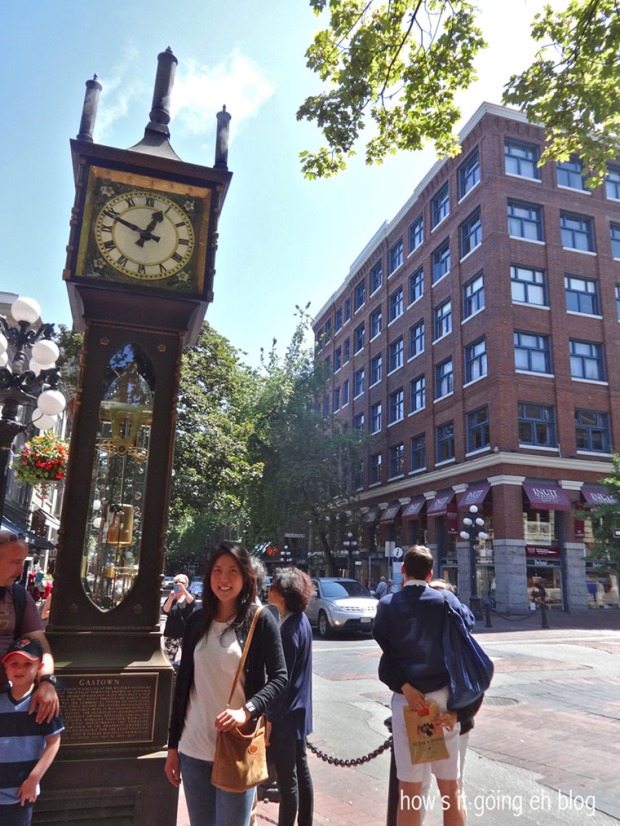 Gas Town is not much to shake a stick at.  There’s a handful of cool boutiques + restaurants but it’s hard to ignore the tacky tourist shops that all sell the same cheap crap.  So we high tailed it out of there to grocery shop in “Korea Town” in Burnaby!

Debbie put together an unequaled summer dinner!  Dining al fresco with DEEEELICIOUS bbq lettuce wraps!  Jeff fired up the grill for the meat, Debbie mixed up the sauces + made a green onion salad.  Here’s Jeff making a face because Debbie had just asked, “Do you know how to use chopsticks, Jeff?”.  HAHAHAHAH!!!!! 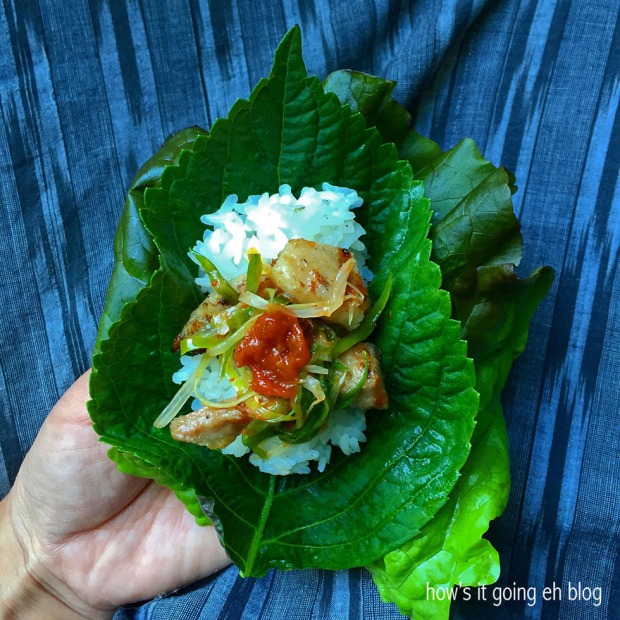 What a send off!!!  I sadly drove Debbie to the airport after our memorable dinner.  Oh boy, seeing my old buddies really made me miss home all the more.  I love + appreciate my friends so much!  They know me so well + know where I’m coming from.  Never any explanation!  I apologize that I didn’t put any links to all the places I went + saw.  I’m too burnt out + lazy!!!  Google it!  Come visit!  Langdon + I will show you the town + all it’s finest!!!!!  Oh, + listen to Mini Mansions!!!  They’re beyond complex + incredible!!!