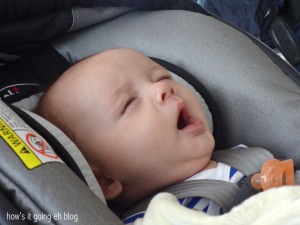 Grandma calls Langdon her angel.  It’s been nothing but amazing times since she’s been in Vancouver to help with the baby.

But first I want to lay out a definition.  My definition of Mom Brain.  Mom Brain – adjective :  After the birth of a baby, the sensation that someone has thrown your brain onto the asphalt + where it is then run over by a truck.  My brain is toasted + fried.  Ripe + overdone, so this post will have minimal narration.

Anyway, dad’s visit was short + very sweet.  Thank you for the visit, it was the best having you here, dad!!!  Grandpa was so enamored with Lang Lang that he could not even stand himself around his first grandson.  Before we drove him to the airport we took a grandparent portrait outside. 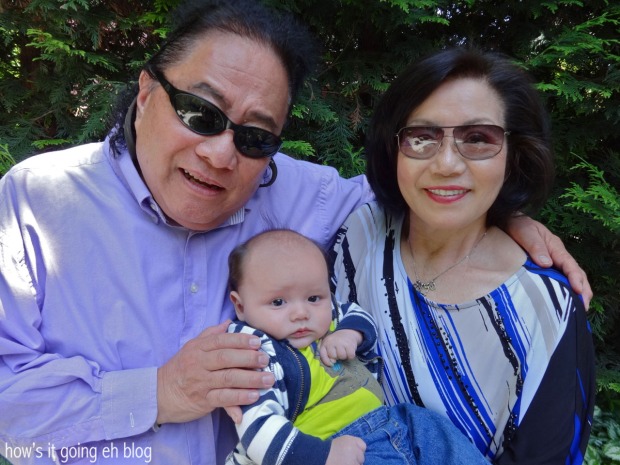 Both with their sunglasses on.  Gangsta.  Yakuza clan.  Langdon looks a little unsure…

Every little bit my mom has contributed has helped by tremendous leaps + bounds!  Since Langdon + I aren’t chasing our own tails like we were when we were alone together, we’ve been enjoying every day so much more!  We’re in heaven!  Still tired, but it’s still heavenly!

Here’s my mom stimulating Langdon’s little brain with a rattle that Grandma Cheryl + Grandpa Brian sent to him.

Grandma is entertainment enough for Langdon.  He smiles + laughs at her all the live long day.  In this picture he’s looking at the rollers in his hair + getting a jolly chuckle out of it.  So amused.

Just having her in the house + to have her hold the baby is enough for me!  They are buddies!!! 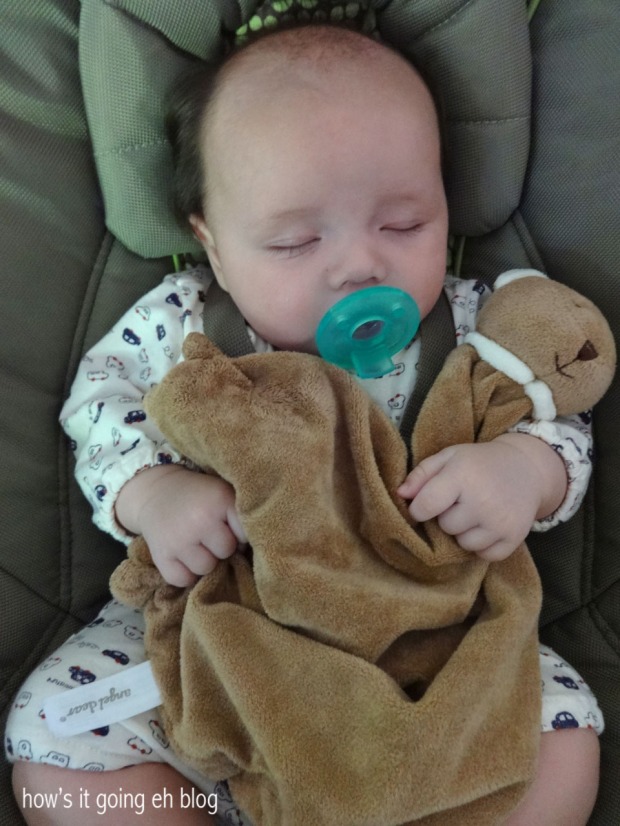 This dude is getting large + in charge people.  In this next picture Langdon is modeling his Petite Bateau (oh la la c’est chic!) gifted to him by a dear friend.  He is just almost 3 months old + this onesie is for a SIX MONTH OLD Y’ALL!!!!  I’ll be lucky if he gets another week out of this darling onesie!!!

Langdon has a large head.  Another mother pointed this out to me + asked if the birth was difficult due to his enormous melon.  Yes, yes indeed it was.  He looks like a plotting evil genius in this next photo.

I started obsessively looking at the size of other babies’ craniums + realized the girth of my baby’s noggin.  Now sometimes I call him Head.  All I see is head.  It’s largess makes me think of the aliens from “Mars Attacks”: 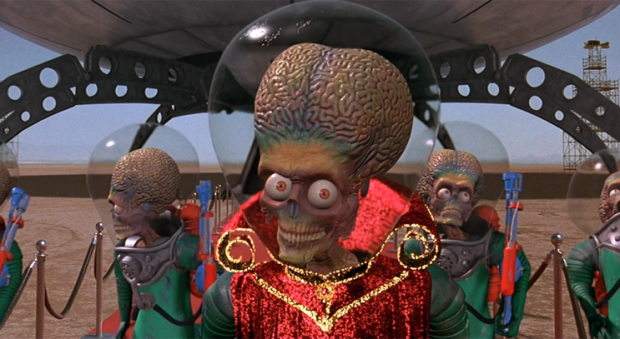 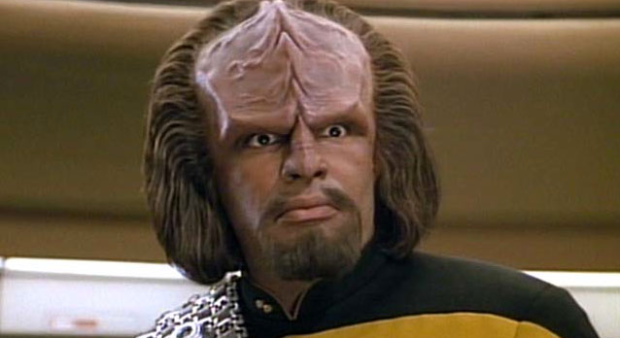 Aren’t I a nice mom?  Lately another nickname my mom + I call Langdon is Shumai.  A steamed Chinese dumpling.  Why?  Because look at this face!!!!

Don’t tell me you could resist the powers of that dumpling face?!  Smushy galore.

OMFG.  Get out of town with that face, Langdon!!! 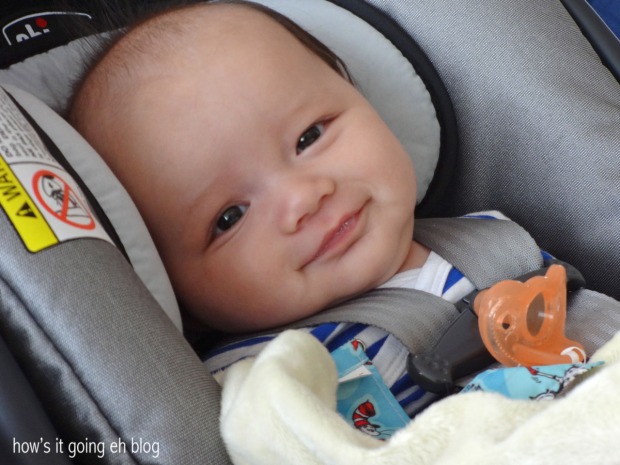 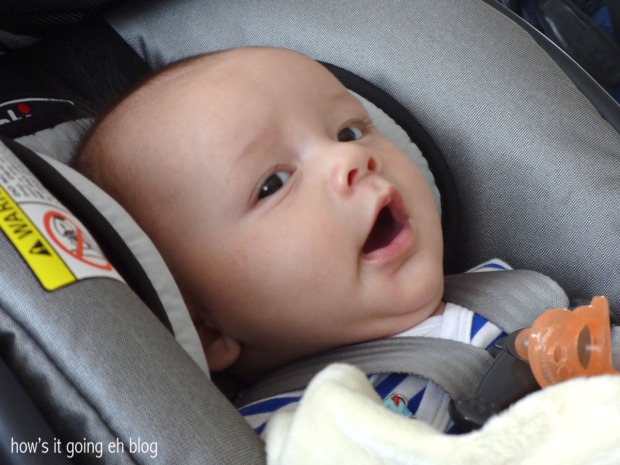 Dad has been having a doozy of a time dealing with the rain, mud + stunts on Hell on Wheels.  But every once in a while it’s nice to take a breather in a teepee.