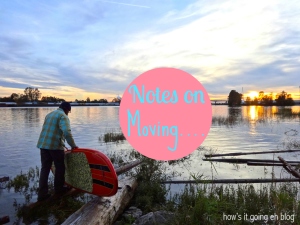 Moving again!  Here’s what we’ve been up to lately…

You would think we were a military couple because we move like every 6 months.  Jeff started a new movie which encompasses all of his weekdays + weeknights, so we’ve been moving slowly on the weekends.  Pictures of the new house (which I looooove) will be coming up, but for now – here we go.

Our new house is a 5 minute walk to the Fraser River in Metro Vancouver.  This is one of my main draws to the new house because I love being so close to a body of water.  Jeff is really excited to paddle board on the river.  So excited that one day after moving boxes, he hauled his board out for an evening ride. 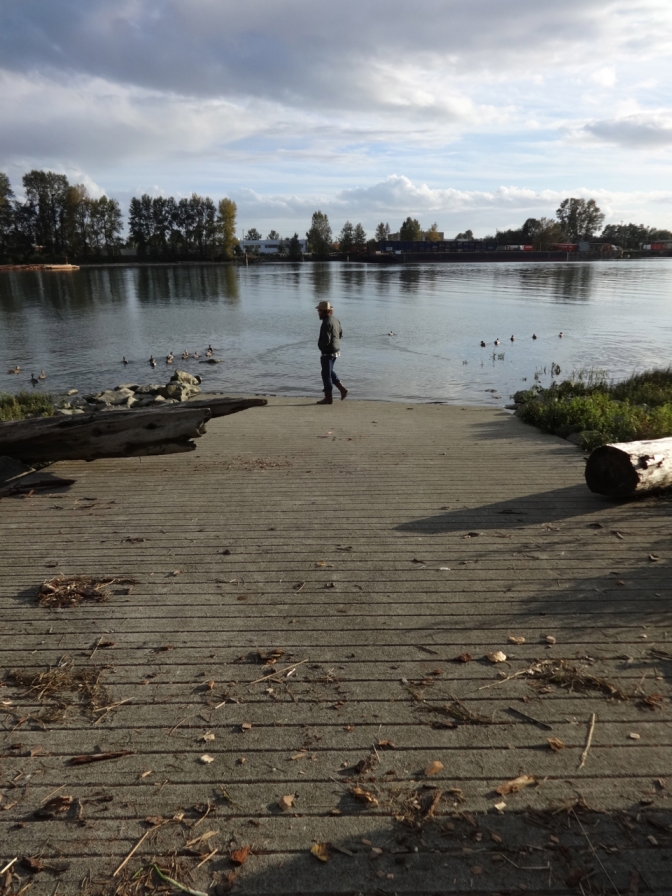 ‘Twas a lovely sunset glowing over the Knight street bridge. 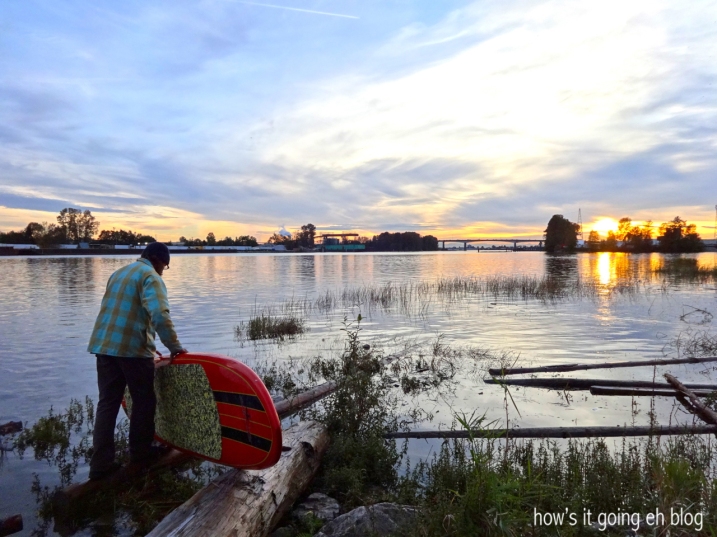 No wetsuit, no life jacket.  As I watched Jeff drift off a guy next to me said, “Woooooo-hoooo!!!!  That is BALLSY!!!!  That river is cooold!!!”.  I thought it was pretty cray cray too, but Jeff was extremely confident about his sense of balance. 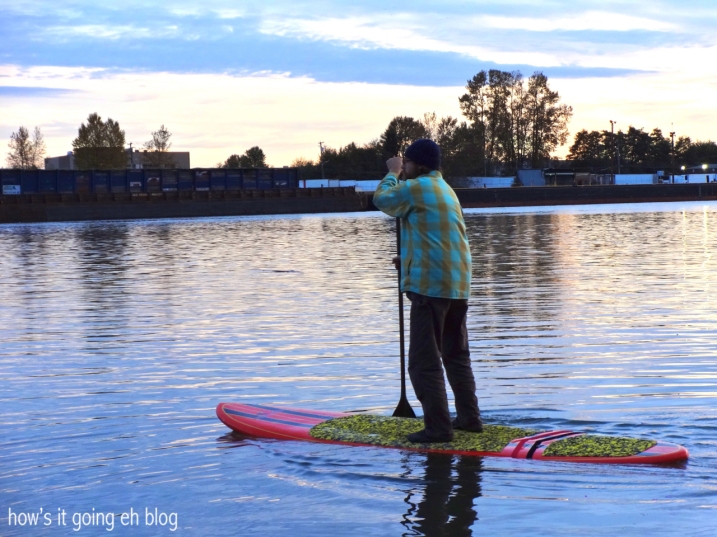 And sure enough, he returned majestically dry.

For his new job Jeff’s been working 12 hour days.  And when he comes home (+ on the weekends!) he’s still slogging away, tapping on the computer!!! 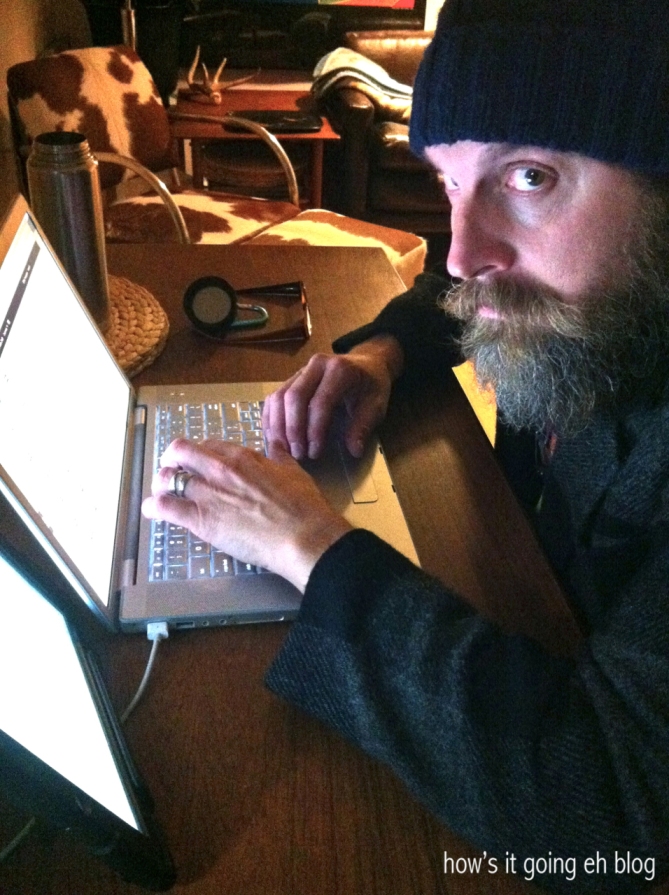 Doesn’t he kind of look like a crazy genius hermit that’s been contracted to create codes for the CIA or something?  I mean look at him. 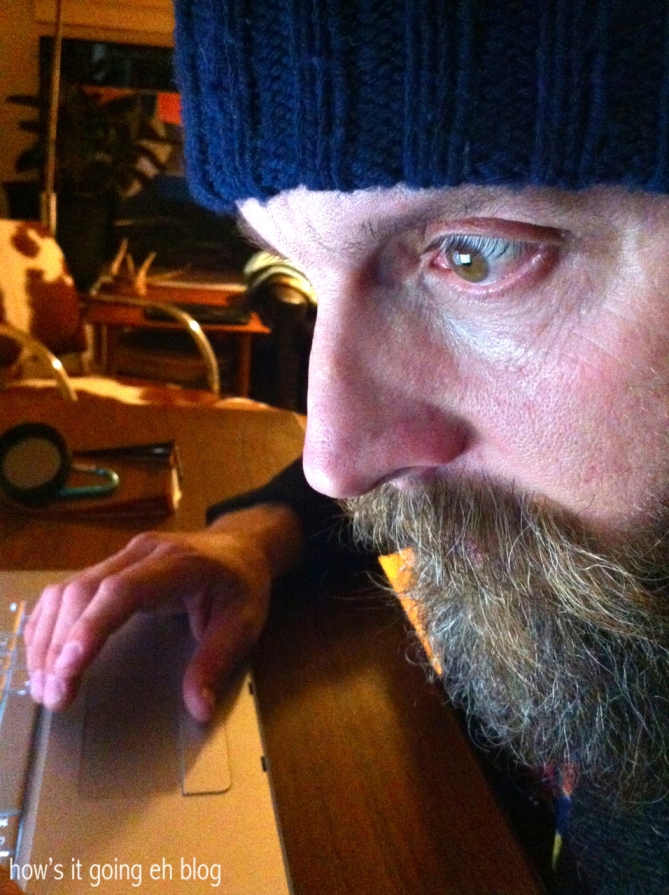 CRAZY EYES.  But Jeff’s got some stiff competition! 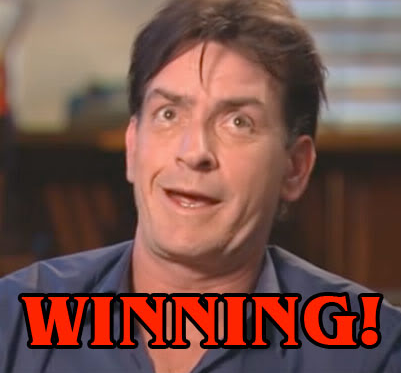 Oh yeah, just a word of advice.  When you’re planning a move, don’t make pizza.  Tensions are high, there’s lots of anxiety, too little sleep, yadda yadda.  Well, Jeff + I got into a tiff + since I have anger management problems + didn’t dust enough flour when prepping the pizza.  This is the result. 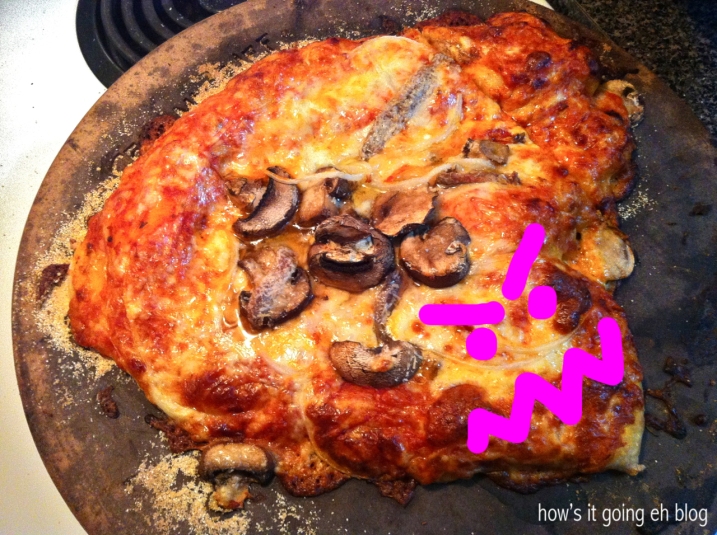 Angry pizza.  My previously beautiful creation wasn’t sliding off onto the pizza stone, so I savagely + violently dumped it into a blob.  It’s like in that movie “Like Water for Chocolate” where the heroine’s emotions are infused into her cooking. 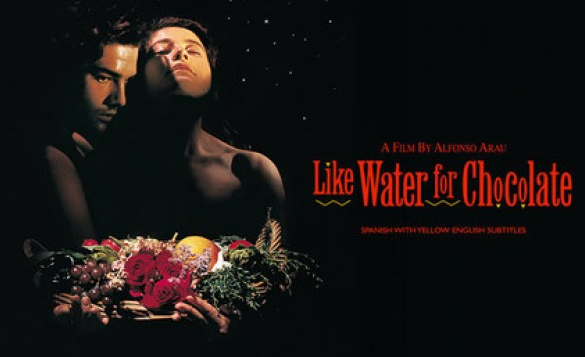 My pizza was infused with maddened Tasmanian devil. 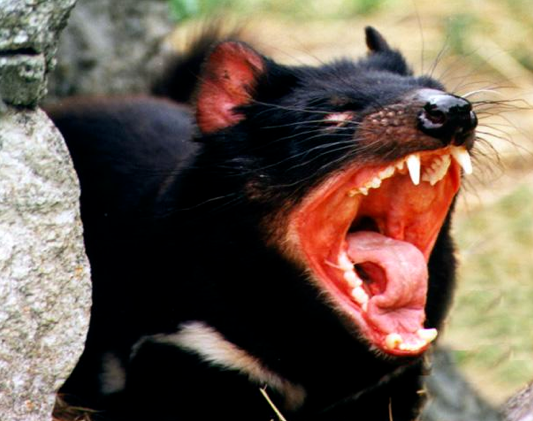 I’ve been packing up boxes at the house + I stopped for a moment at the folly that is my situation. 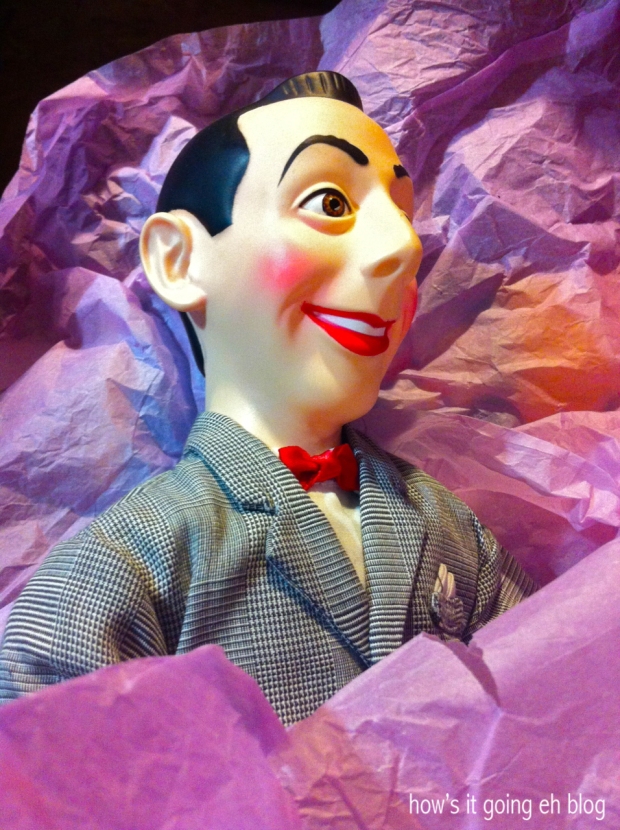 That’s right.  I was oh so carefully wrapping up Jeff’s creepy Pee Wee Herman doll (which I loathe) in lavender paper as if it was a rare antique.  Sigh.  I laughed bitterly to myself as I continued to swath Pee Wee in his lavender shroud.  There’s lots more where that came from.  Stay tuned.