With a Little Help from Our Friends 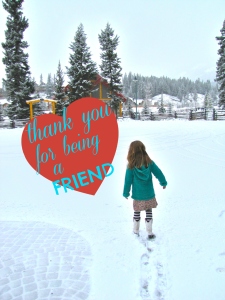 Jeff + I are so lucky to have so many friends, families + guardian angels looking after us.  Otherwise we’d be living in a ditch standing around a fire lit oil drum for warmth + shelter.

I jest.  But not by much.  We are always teetering very precariously close to the edge.  After we spent another night in Canmore at our friends Karen + Kyle’s, we all decided to go out for breakfast + take a tour of their new house that is going under construction.  Jeff was outside busy brushing the snow off of his car + I told their wee daughter Juna to wave at him + yell, “HI JEFF!!!!!”.  Good job, Juna!

Here’s little Juna.  She is quite the fashion plate + chooses all of her own outfits.  I always heartily approve + the way she skillfully combines patterns is that of a master! 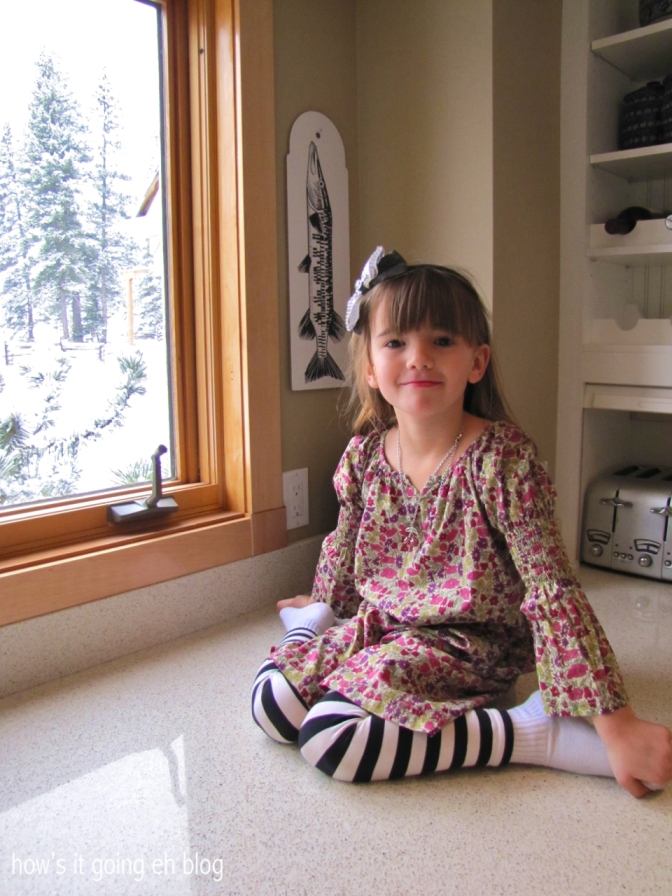 We layered up + headed out the door.  Juna insisted on putting on her pink + white cowboy boots because Jeff was wearing his cowboy boots.  Awww! 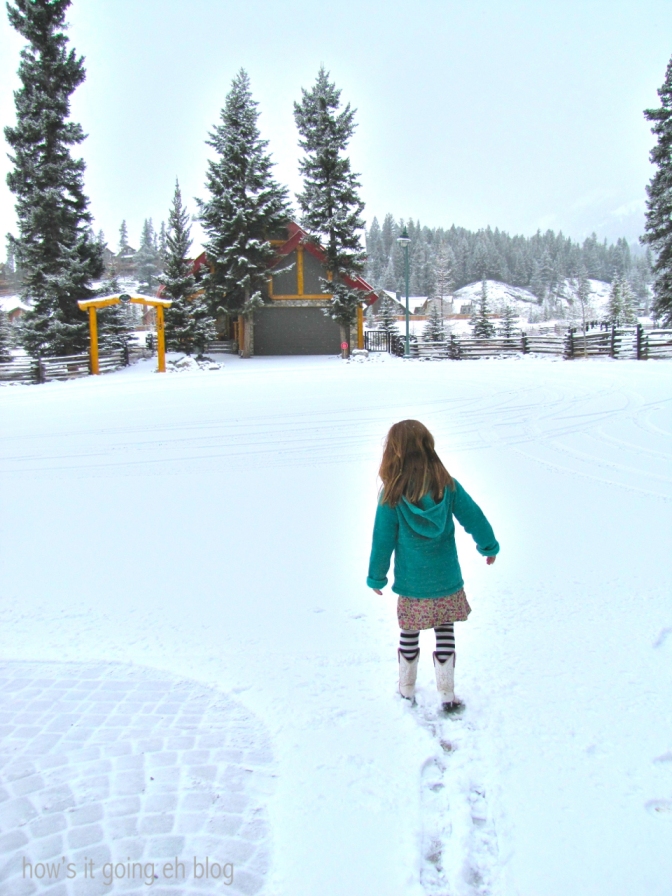 Kyle is a real estate genius + Karen is an interior design virtuoso!!!!  Together they are a super team!  Check out a couple of pictures of the old house from a post from 2011!!!  Karen was also featured in Avenue magazine in an article titled, “A Modern Mountain Home in Canmore”.  AND SHE’S SELF TAUGHT!!! You better recognize!!!!!!

After breakfast we most unenthusiastically decided to check in on the ol’ shipping container.  Ugh.

We quickly decided we weren’t up for it + jammed back to Canmore.  Karen + Kyle are generously letting us borrow a king size mattress for our condo!  Woot to that!  Now I won’t be getting elbowed in the face or kicked by Jeff’s monkey limbs!  But let me tell y’all, getting that thing on the trailer + wrapped up was a situation.

After all the drama, that sucker was goin’ nowhere!!!  Solid as a rock!  We lifted + hauled that monster into the condo + no joke Jeff laid down + in 2 seconds he was passed out!  Poor guy.  It’s been nonstop for him lately!  Thanks Karen, Kyle + Juna for looking out for us!!!!