The desert saga continues.  We have our female adventures, (costumers) full of vim + vigor, in a land where time forgot.

Or not.  For one of our shoot days, they had the camera rigged on a very precarious rigged stage in a nook on the side of a cliff.  The hike to the set was up + around large rock formations.  Some might call it a moderate climb.  The elevation was around some 6,000 feet, + as a gal coming from sea level, I could definitely feel it.

So worth it!  Look at our view of basecamp + the potash lake!

The grips were coming up + down the cliff side while holding onto this VERY questionable looking rigged arm rail.  I was like, “Oh, heeeeeeell no.”.  I had to avert my eyes as they were maneuvering up + down.

From where we were all standing, I looked behind us + thought I saw a wood structure.  “I think I see an old mining shack!” I said out loud.  “Harumph.” were the replies from anyone half listening around me.  I borrowed binoculars from the sound guy + confirmed what my naked eagle eyes had come upon.  “It IS an old shack!!!  I wonder what’s going on with that?!  I gotta go check that out!” I exclaimed, excitedly.  “Harumph.  Yeah, it probably is.” was the general lackluster reply.  What?  I thought people would be like, “There’s treasures to be found in them there hills!!!!”.  Like the whole film crew would get all Goonies on me + be like, “Let’s ditch this filming!  On to Discovery Land!!!”.

I called my friend Sarah, tout de suite + said, “I found an old wooden shack.  You wanna explore it with me?”.  “HELL YEAH I WANT TO!!!!” was her really enthusiatic reply.  Now, that’s more like it.  That’s what I wanna hear.

Sarah met me up at the top + when they called lunch, we skedaddled down + made hard right.  Other crew members looked really confused + almost followed us but we gave them all the slip.  Don’t worry, y’all – we told a couple people we were off exploring, just in case we went missing + were never heard from again.

Into the valley.  Yours truly.

Thank god Sarah had the foresight to grab a bottle of water – because even though it was a 15 minute walk into the valley, this desert is blazing, yo.  We were so amped, hoping we’d find some shriveled up, wizened old miner that would tell us about the creation of the earth or somethinglikethat.

Something like Gandalf from “Lord of the Rings” but a miner.

Signs of civilization!!!!  A cattle corral!!! 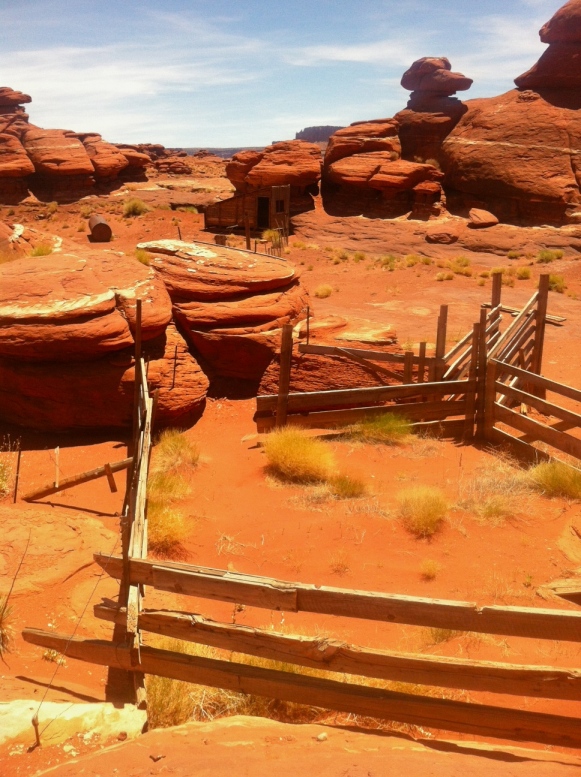 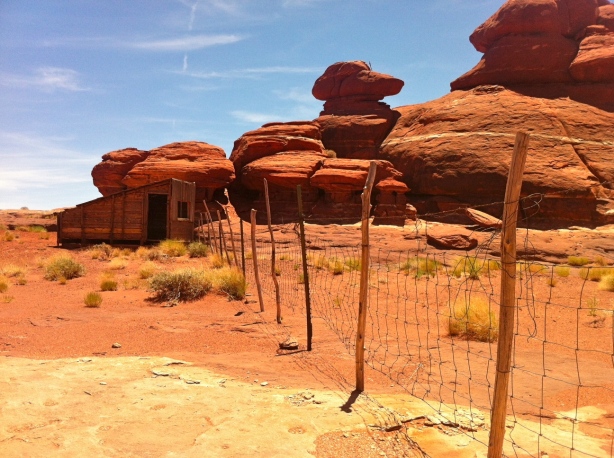 Sarah + I wondered what had happened at this location + what events had caused it to become abandoned.  It was all very eerie.  Here is a closer look at the shack.

Note the mattress spring + the box which had a shipping stamp – Moab.  It was so beautiful in the valley but we started to head back to basecamp for some serious lunch time. 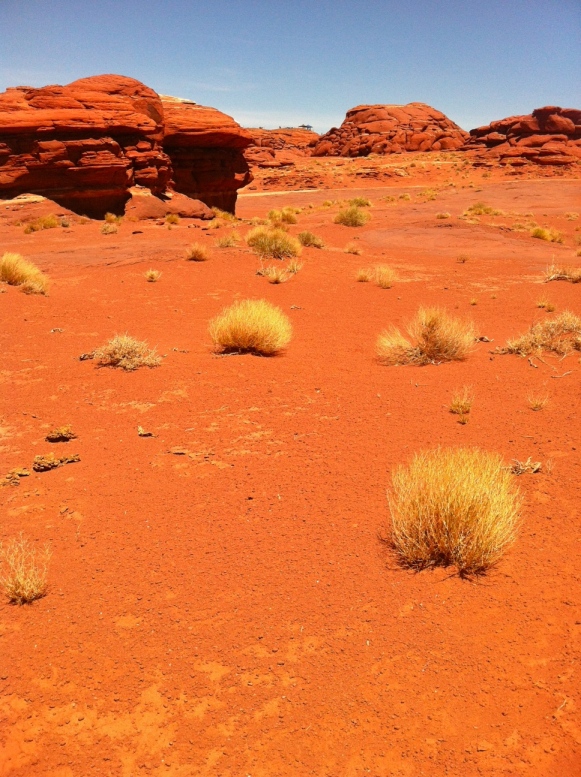 ZOOM IN!!!!!  Can you see where we were shooting previously before lunch!  Do you see the pop-up tents in the distance? 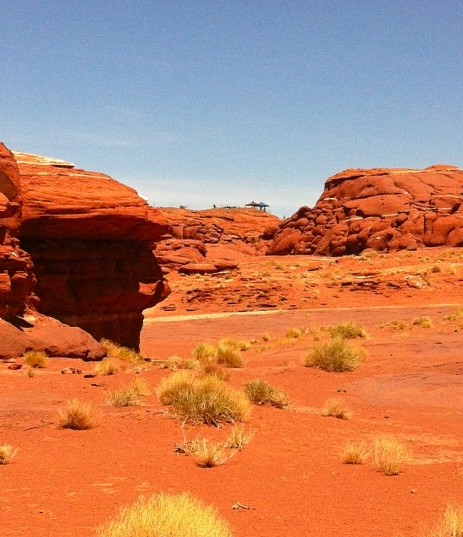 Adventure time – success.  As we were hiking back to basecamp, Sarah received a call on her cellphone.  Yes, cell reception was good in the valley.  Who knew?  Amazing.  Wonders never cease. 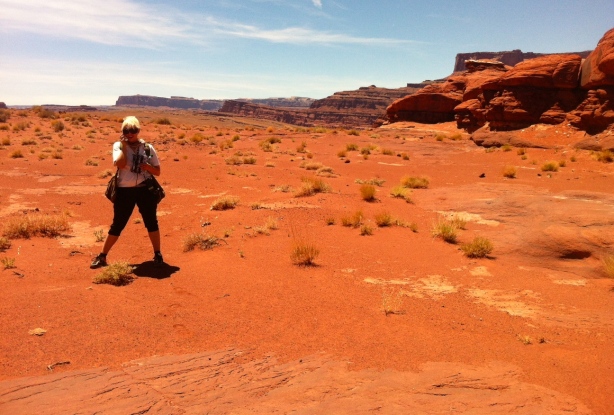 Meanwhile, as we ladies were roughing it in the desert heat, Jeff is still toughing it out on “Hell on Wheels”.  Here he is shooting on location somewhere on the Bow River.