I can’t hang with the big dogs anymore.  I feel like a saggy bag of old potatoes.  Last night was the First Aid Kit concert!!!  I couldn’t have looked forward to a concert this much in I don’t even remember when.

We arrived on Granville Street right before 9:30 + waited at a crepe restaurant for a bite to eat.  Nevertheless we sat around for an unacceptable amount of time.

I hate being late to concerts just like I adamantly refuse to being late to movies in the theater – I have to get to the movies even before the previews begin!  I dragged Jeff’s hungry butt out of there, + forced him to eat a couple fast, cheap pieces of pizza, much to his chagrin.  Whatever, Mr. Fancypants.  I gotta get into that venue – make waaay!!!

In we went, I was in the front of the stage tout suite!!!  Jeff called me a square, but I don’t mess around.  I’m front + center,  or nothing at all!  Serious.

Holy jehosaphat!, am I ever glad that I did!  The opening band was OFF THE CHAIN!!!!  Peggy Sue from Brighton England!!!  Check them out  immediately!!!  Their new album, “Acrobats” was produced by John Parish, who’s best known for collaborating with another one of my loves, PJ Harvey.  How cool is singer, Rosa Slade?

Their sound is raw – their voices like wounded wails.  It reminded me of the bands I used to love on Kill Rock Stars, except a little more polished, grown up, cooler + less Riot Grrrl.

Katy Young on her accordion.

Katy on guitar.  Two guitar band, no bass.  Drummer, Olly Joyce kicked some major drum ass, but he was moving too fast for me to get a decent picture.  We lurved him! 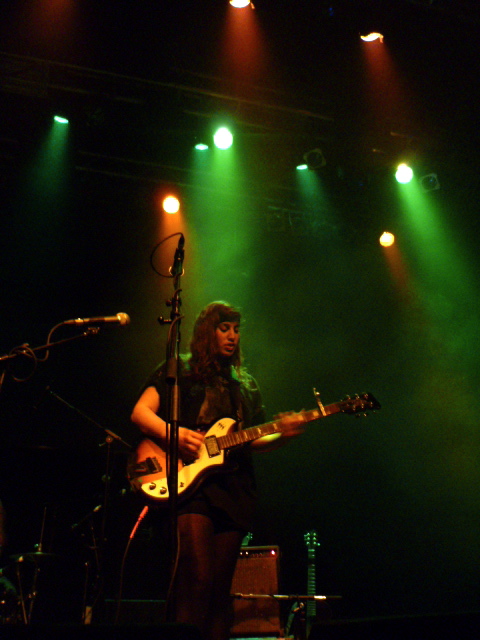 Peggy Sue, thank you for existing – bow down!!!

This is when things got hairy.  The venue was FILLING UP, YO!!!!  This is when I grabbed my golden opportunity, turned to Jeff + said, “I came right up to the front of the stage for a reason.  See?  I told you so!”.  Aaaaah, a satisfying statement uttered by all wives the world around, that make us feel warm + fuzzy inside.  At one point, I went to grab drinks for us while waiting for First Aid Kit + an obnoxious 5’10” girl was about to take my place in front of the stage.  Jeff said to her, “Are you sure you want to take that spot?  My wife is 5′ feet tall (ahem, 5’3″ to be exact) + she’s had a couple drinks + has samurai blood….are you sure you want to stand in front of her?”.  Good man, Jeff.  She promptly changed her mind – quite an astute decision considering there would have been a knife fight otherwise.  I’ll cut you!  I’m from LA, yo!

Johanna at the keyboards in perfect harmony.

There was a lot of long hair head banging to my delight.

It made me dream of a young, female Neil Young…

Johanna on the dulcimer.

Throughout the show, I wished that I had discovered First Aid Kit earlier.  But regret is a useless emotion, my friends. 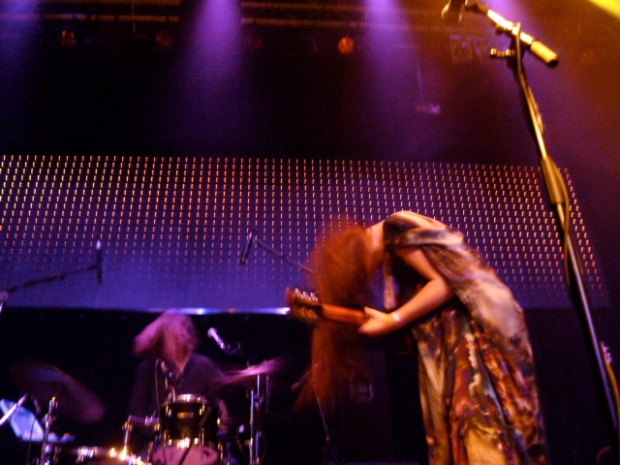 Johanna was also crazy head banging with the best of them! 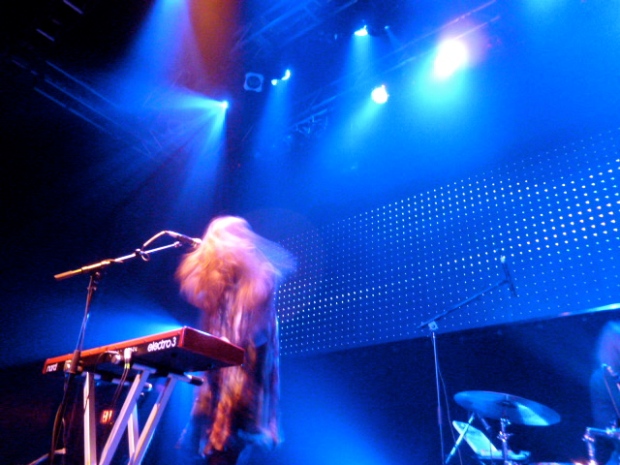 Jeff said she reminded him of Cousin Itt with the hair in her face. 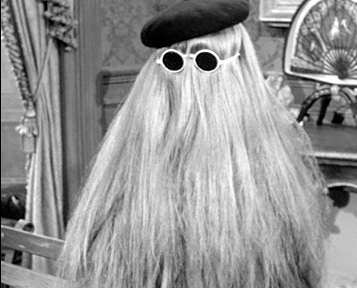 Of course, the girls sang “Emmylou” + “The Lion’s Roar”.  You know how you adore a band + when you see them live, it’s like, “Meh.”.  Well, I haven’t been to a concert where both the opening band + the head lining bands were EVEN BETTER than you can imagined live!!!  Their vocals +  instrumental skill!!!  I was in heaven.  The girls were so engrossed in their songs that they seemed to be in a trance.

After the show, we rambled along Granville + chatted away with some relatively sketchy + questionable folks.  I quickly tired of this game + requested tax a ride home. What awaits?!  Fashion photo shoot, of course!!!

Outfit chose by yours truly, of course.  The night was a major high-five success, but I’ll probably be paying for it for the rest of the week.  First Aid Kit + Peggy Sue – I’m deep in love!!!  Thank y0u!