Before I embark on the details of another one of my ridiculous days, let me shed some light onto my lack of sleep for the past week.

1) Jeff is a giant + his mattress is a double 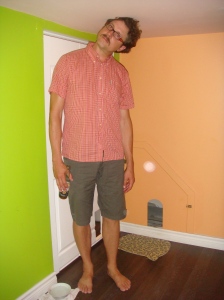 2) He tosses + turns in his sleep.  When most people turn over in their sleep it’s like a roll.  When Jeff does it’s like a violent flopping as if someone is getting electric shock treatment, or a fish flopping around when it’s gasping for air.  I have a queen Tempurpedic in Little Tokyo + I highly recommend it for people with partners that are restless sleepers because the movements of the other person will not wake you up

3) Jeff might be part polar bear because he is one of the most heat intolerant human beings.  When he’s in Los Angeles he’s constantly over heating. Therefore, even though Canmore is in the Rockies + is super cold for me, he insists on the ceiling fan to be on + a really, really noisy desk fan to be on during night + the noise makes me locaaaaaaa!!!!!! 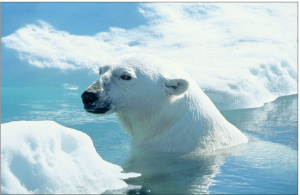 4) In the cabin where Jeff is staying in there is a sleeping loft.  To reach the loft there is a beautiful old library ladder.  Beautiful, yet deadly!!!  Being a lady who ferquently visits the bathroom at night it’s quite a commitment to clamber down + up those rungs in the pitch dark while half asleep!!!

Okay, let’s continue.  If you all remember my adversity with Budget rent-a-car yesterday, they told me to be at the Canmore office at 9am this morning to figure things out.  Well, no one was there!!!!!  AAAAAARRRR!!!  I called the phone number + the manager of the Canmore + Banff office John answered.  He told me no one was coming to the Canmore office today.  When I asked what kind of battery my key took, he said he didn’t know that information + it would be best for me to come to the Banff location + switch out cars.  “OH HELL TO THE NO!!!!”

So, at this point I was amped + was like, “WOOOOOO!!!  NOW I’M ON A ROAD TRIP!!!!”   So I got overzealous + went to a convenient store + bought a Slim Jim type thing + some gummy bears. I can’t even tell you the last time I’ve eaten a Slim Jim!!!  Due to my lack of sleep I was detoured off the road + when I saw a sign that said “Welcome to British Columbia”  I had been going the wr0ng way!!!  I turned around + as I was driving, I started to trip out due to lack of sleep. My excitement of XM Radio diminished when I heard Lady Gaga’s “Born This Way” + started getting dizzy watching the endless rows of trees. I turned off the radio + got to Saskatchewan River Crossing.  It’s the last place you can get gas at before the long haul.  There were creepy tourists, tour buses, disgusting $3.16 coffee + thus, I decided to just head back towards Canmore because I thought it was too dangerous to keep going.   This is where I stopped + took an hour nap. 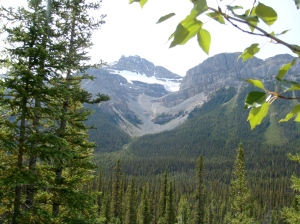 Yes, everyone I went to the Icefields to take a nap.  Pathetic.  I woke up because my stomach was starting to hurt becaue of the Slim Jim.  I headed d0wn to Peyto Lake.

Note to future travelers:  if you’re not used to eating Slim Jims – don’t do it!!!!!  Those are my words of wisdom for the day.  The End.