Hi Everyone!!!  Sorry I haven’t posted anything in the past couple of days.  My excuse is no/dodgy internet access.  I’ll just give a quick update of what I’ve been up to.

Saturday Jeff + I were still in Calgary.  We were going to shop for his wedding outfit if you recall.  Jeff was EXHAUSTED!!!!!!!  Working 16 + hours a day, commuting an hour to work, + taking care of multiple cast + stunts on a dirty western show is finally taking it’s toll on the poor man.  So when we arrived at the mall, it was like me walking around with a hulking zombie slowly trailing behind me by 2 feet.  After we ate lunch, I came out of the bathroom + found this:

Sad, right???  We decided to abort the mission.  As we were heading out I stopped by Starbucks to get a coffee + as I got closer to the exit I found this: 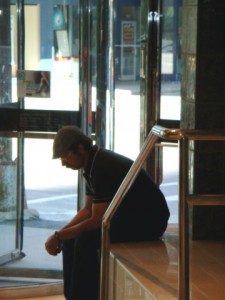 So sad, so alone, so forlorn.

I did the drive from Calgary + Canmore – the vistas were gorgeous + green, dotted with barns.  I tried to get Jeff to take some pictures for me since I was driving, but they were horrible because it was like driving with a sack of flour lying next to me in the passenger seat.  Poor Jeff.

That night we had dinner with Tom, Deb + Jeff’s friends Karen + Kyle, their spunky 3 year old Juna + their cutie pie Rottweiler/Akita/German Shepard, Rudy.  At that point we were both so exhausted that at the end of the evening Jeff + I were both falling asleep on the couch.  What a couple of losers!  Lightweights I tell you!!!  Poor Karen + Kyle.

Oh here’s the cabin that Jeff has been staying in. 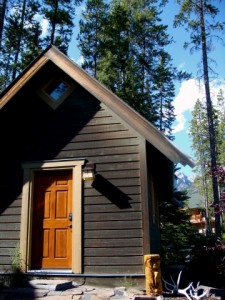 Here’s the view from the back deck: 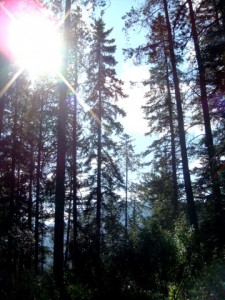 Here’s Jeff posing on the back deck: 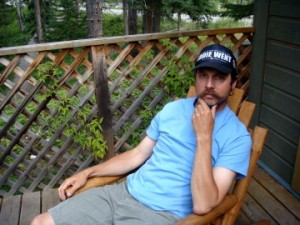 So, we ran some errands + had a nice lunch in downtown Canmore.  BUT THEN JEFF TOOK ME TO HIS MAIN (I.E. THERE’S OTHERS) STORAGE SPACE 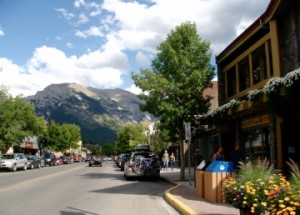 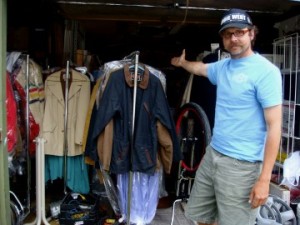 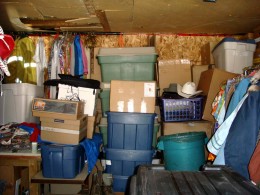 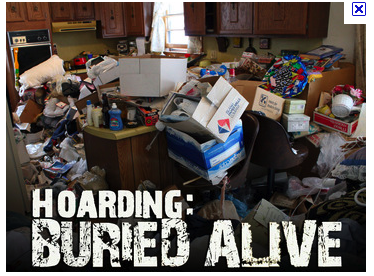 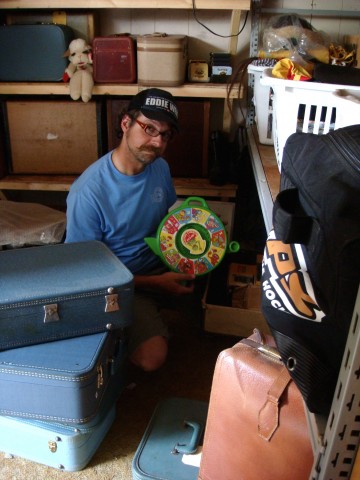 Look at Jeff, so enamored with his things. 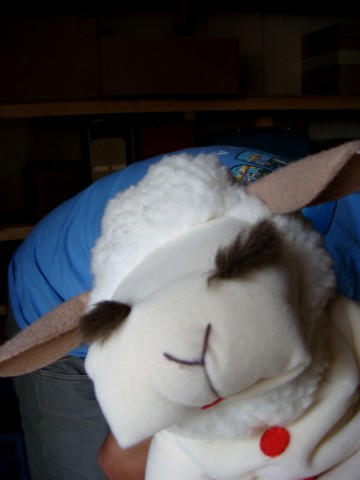 Lambchop is not amused.  She became my alter ego whilst I was inside the storage unit.  I expressed all my anger + frustration to Jeff through her because I was going insane.

But then we found this picture + then everything was all right with me again. 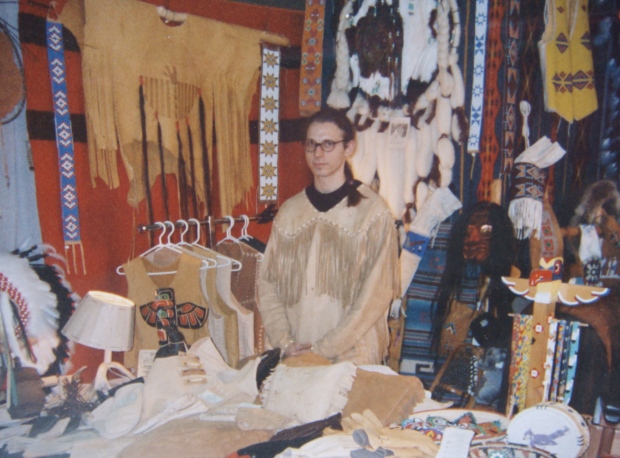